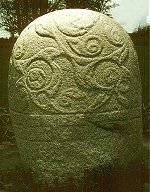 The Irish fondness for phallic pillars
suggests something about Irish (indeed, almost universal)
attitudes to fertility and male power,
but nothing about Celtic sexual tastes or preferences.

For these, the only source is the first century BC Greek historian and commentator Diodorus Siculus,
who, amplifying Aristotle's comments on Celtic male-on-male practices within the warrior class, wrote:-

'The men are much more sexually interested in each other than in women;
they lie around on animal skins and have full pleasure with a lover on either side of them.
The extraordinary thing is that they haven't the smallest regard for their personal dignity or self-respect;
they offer themselves to other men without the least compunction.
Moreover, this isn't looked down upon or regarded as in any way disgraceful:
on the contrary, if one is rejected by another to whom he has offered himself, he takes offence.'

Such philadelphic practices are also suggested in the Irish saga Táin Bó Cuailgne
('The Cattle-Raid of Cooley'), in which the hero Cú Chulainn explains that he does not want to fight
his foster-brother and former buddy Ferdia:

Firm friends,
companions in the forest,
we made one bed and slept one sleep
in enemy lands after the fight. 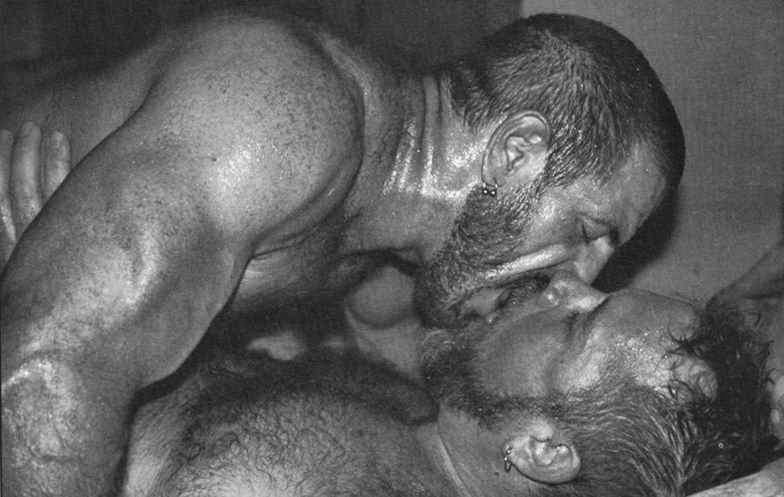 The Celtic tribes were, socially, far in advance of the Romans, for whom women, legally, did not exist
except as property. Celtic women had property and other rights, and could divorce their husbands
if they spent too much time or too much passion on other men.

They also had iron-rimmed wheels, and were the first Europeans to build roads (of wood). 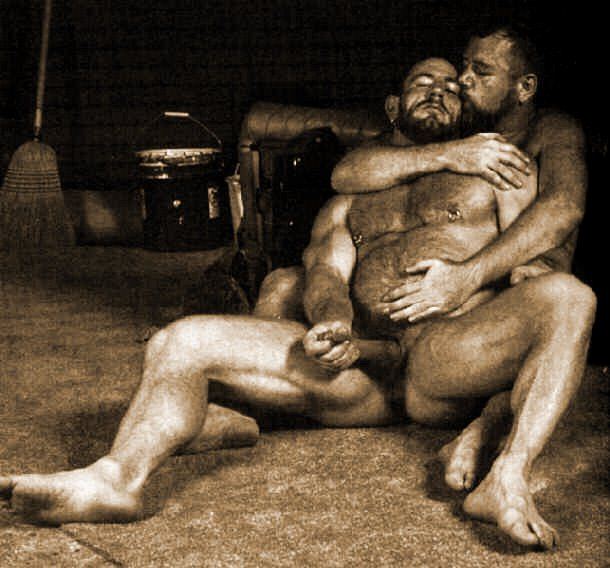 Perhaps the earliest known mention of mature bearded men who liked to have sex with other similar mature bearded men
is in a book called Nuzhat al-Albab'da by Al-Tayfashi (or Al-Tifashi, 1184-1253),
who was born in Tunisia and educated in Cairo and Damascus.
In it he observes that such men were dubbed the short-lived because of the risk they ran of being mugged and murdered by bigots.