An enigmatic frieze on the right-hand side of the façade of this magnificently-embellished building
shows a series of beautifully-carved vignettes which are much more Gothic than Romanesque,
and prefigure manuscript illustrations of vernacular life.
These photos are by Julianna Lees.

On the left, a lion attacks a now-hornless ram
(though it was the Romans who exterminated the European lion in the arenas - and this does not seem to be the Lamb of God);
next is a pair of pedlars (mother and son);
in the third scene one beardless man pulls another's hair while the other pulls the first one's ears (because he is bald ?). 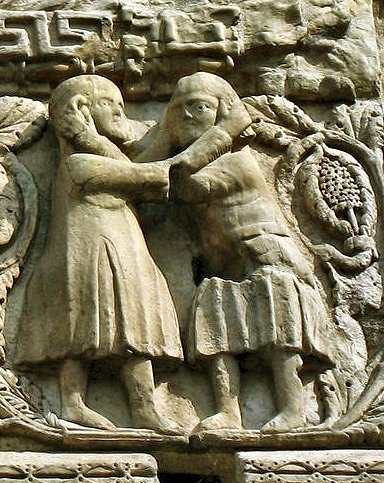 Then a beardless knight approaches a ?whore who carries a rose, while a huntsman carries a fine curly bow and lots of arrows. 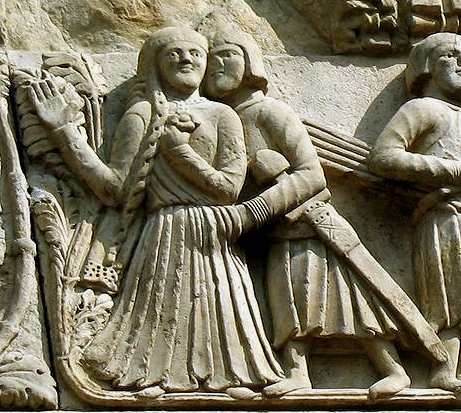 The beardlessness of the male figures is puzzling.