On two arches on the façade of this imposing church are representations of the punishment in Hell
of Wealth (Avaritia, symbolised by gold rings)... 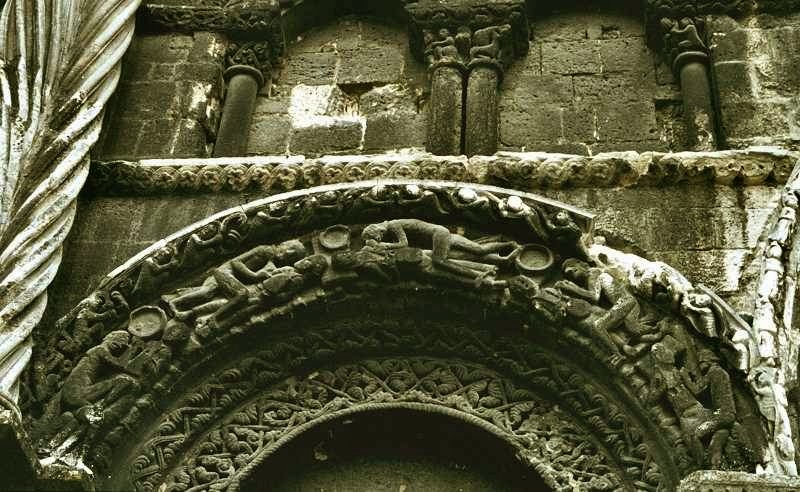 ...and Luxuria (corruption of morals due to wealth), with symbolic long tresses and suckling snakes (and a toad) while being tormented by devils.. 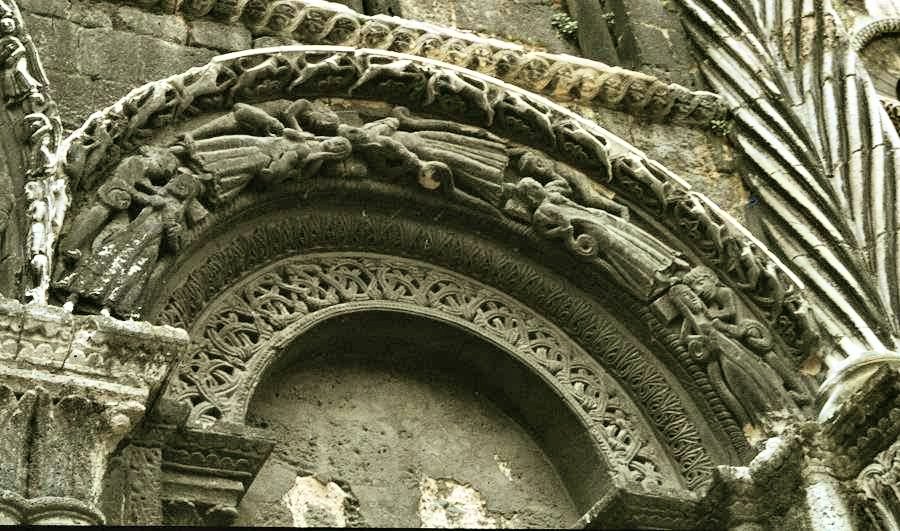 In Romanesque depictions of the Last Judgement, the allegories of sin, such as Wealth and Luxury,
appear as static expressionless figures that may be identified by their attributes, while tormenting demons play the expressive parts.
Sin is interpreted allegorically while punishment is explicit.

The above pictures were taken before cleaning.
Here is a recently-photographed detail. 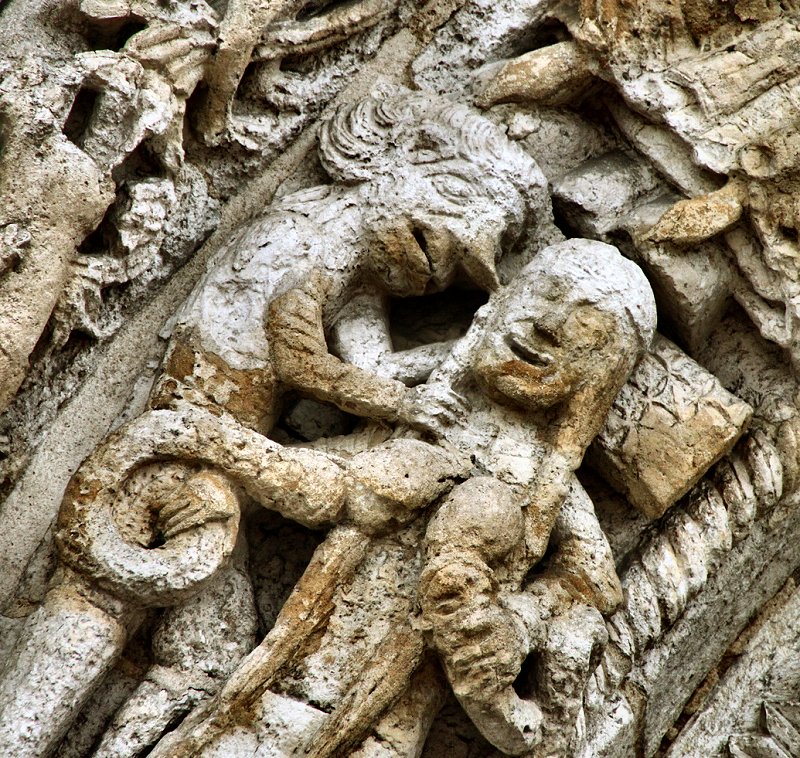 Luxuria can also be symbolised by a Mermaid >