Dating from about the same time as the British Library Harley codex mentioned in the text,
this detail from a page of Canon Tables is as much a forerunner of French beak-head stone decoration (beasts biting a roll)
as of column-swallowers. The columns separate the canon-tables, and they have square capitals
decorated with typically obsessive knotwork. The beast-head (one of a symmetrical pair) is an extension of the column
rather than a capital - but the relationship with column-swallowers is obvious.
Whether it was an early parallel development or an influence - given the remoteness of Ireland in the Viking-torn seas
of the ninth century - is impossible to say. 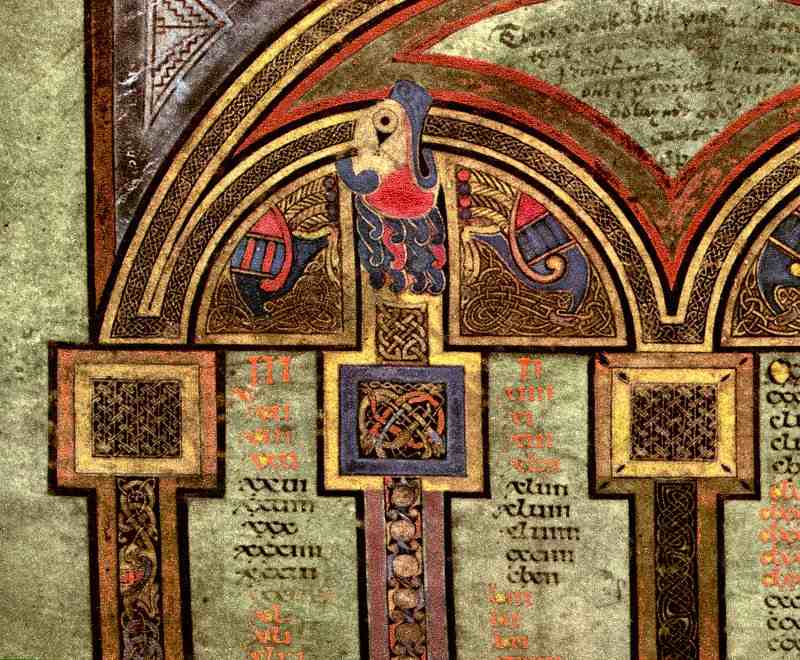