The enigmatic splay-legged figure between Satan and the sinners being kicked into Hell - unique on Irish crosses -
has been plausibly linked with the Luxuria motif and sheela-na-gigs.

This shamefully-weathered ?proto-Romanesque* cross is a marvel of eclecticism, and, like most Irish Scripture Crosses,
has several puzzling carvings.
Bottom left is the Archangel Michæl weighing the souls of the recently-dead above a bonfire, while above him
Christ in Glory recalls Egyptian representations of Osiris as King of the Dead. Between him and the cloaked
figure of Satan is a piper on a chair or throne - probably King David. 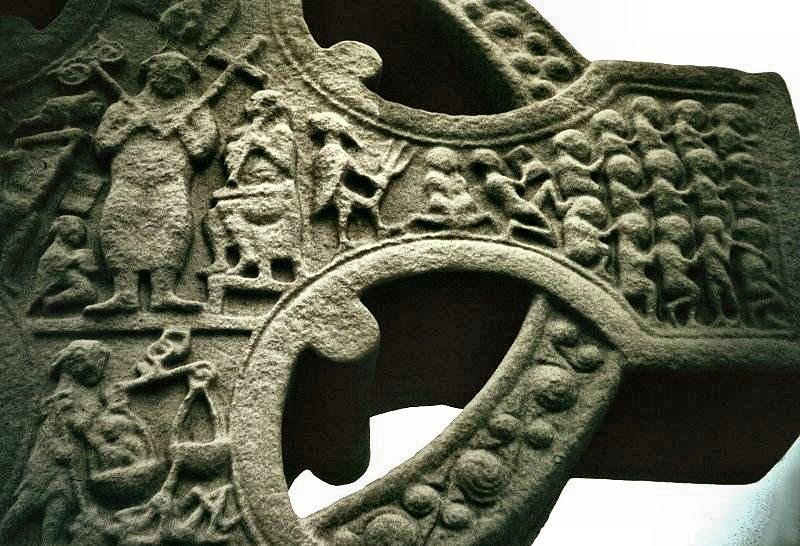 Compare with figures on crosses at Kilmainham and Clonmacnois.

*NOTE: The more Romanesque sculpture (11th and 12th centuries) that I see in France,
the more I think that the accomplished Scripture Crosses of Ireland are, in fact, Romanesque and not pre- or proto-Romanesque.
The splay-legged exhibitionist figure on this cross is obviously mis-copied from somewhere,
like the later sheela-na-gigs, and such figures did not enter the European sculptural repertory until the 11th century.