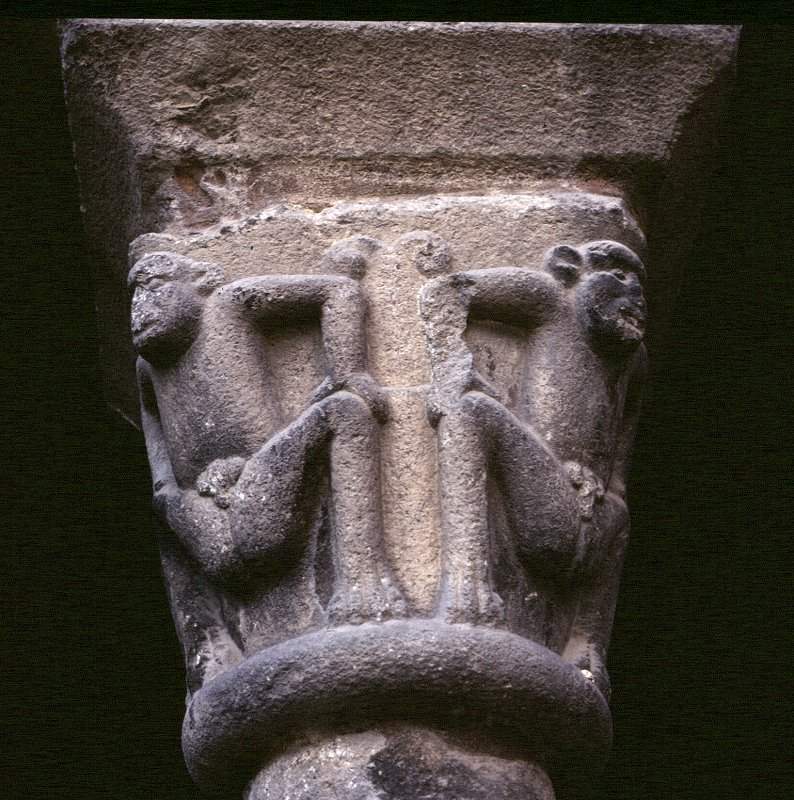 Click to see Luxuria as a Mermaid on the door to the abbey church. >

...and with the single chained ape at Droiturier (Allier) menaced by an infernal monster. 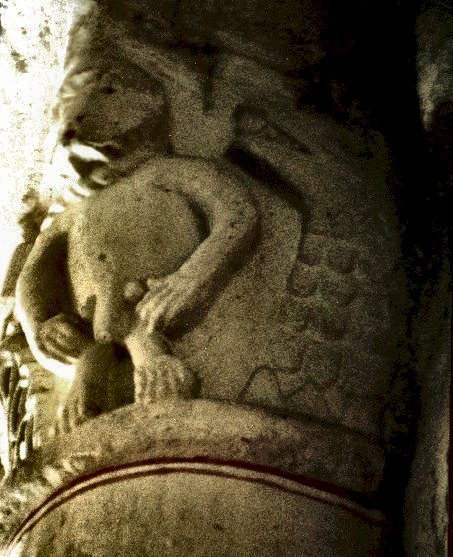 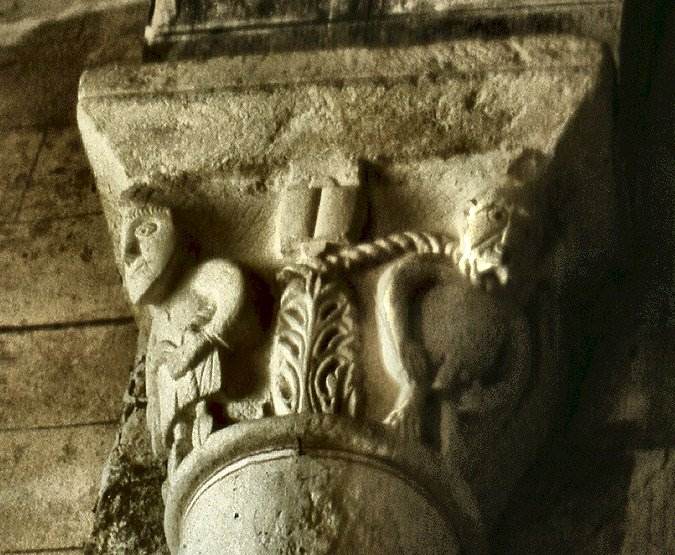 A bear and the legs of a human of indeterminate sex on the church tower at Aston Somerville in Gloucestershire. 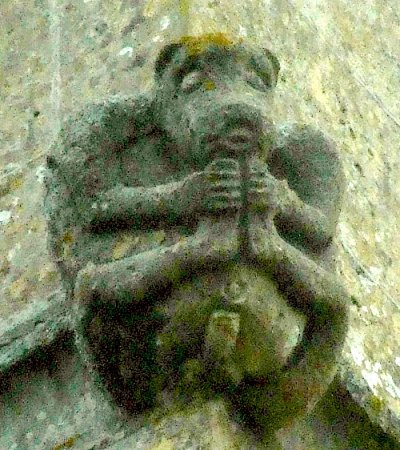 Another bear on another corner of the tower. 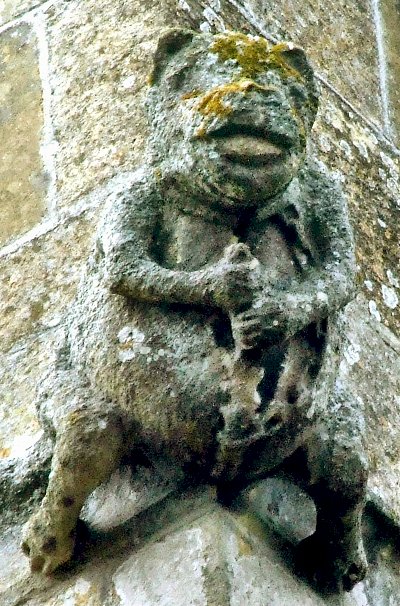 A female bear (or a sow) on the tower at Alloué (Charente). 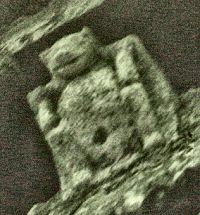 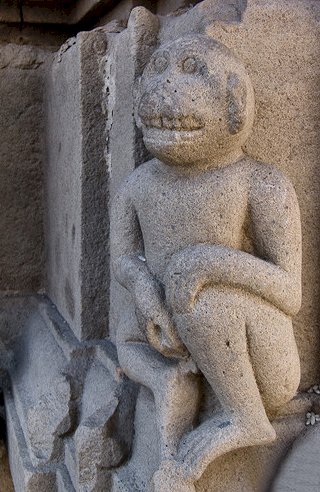