THE TREE OF LIFE

A most interesting example of this almost-universal motif occurs one of many such Coptic textiles.
This one dates from the 5th or 6th century and showa a vase from which a vine sprouts.
Beneath the vine are two Eros figures, four birds sit on branches, while a hare nibbles a cluster of grapes.

The naked figures can easily be transmuted to Adam and Eve.
The hare, symbol of Aphrodite, became a Christian symbol of concupiscence. 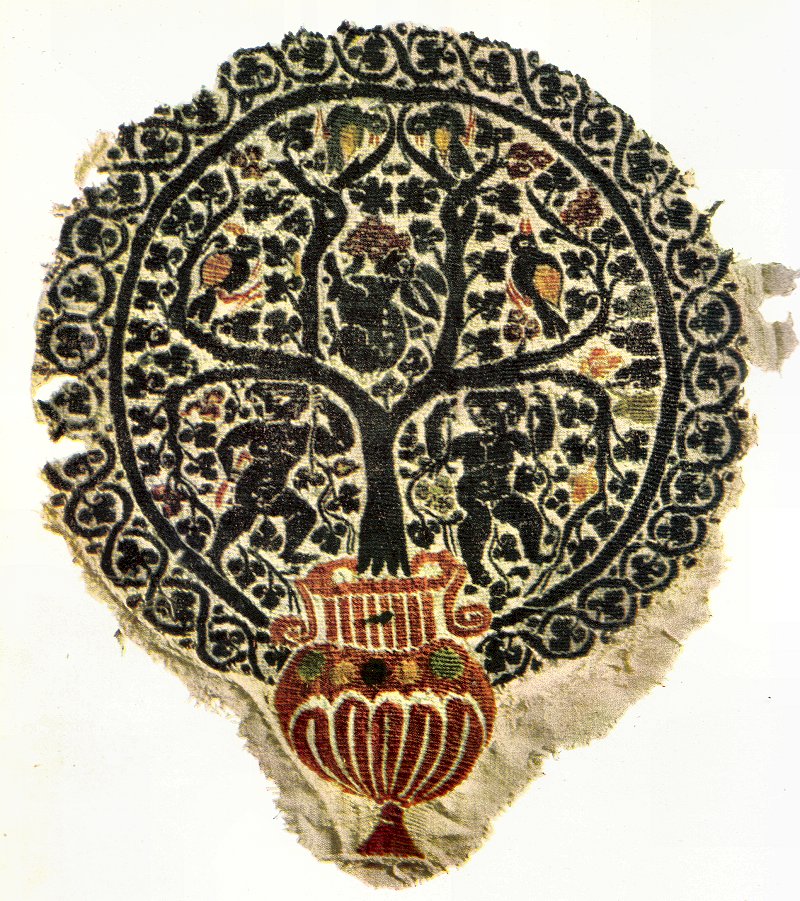 The birds on the branches recall the Peacock, symbol of immortality, which is an old Iranian motif,
still current - as on this Gabbeh or thick-pile rug, which I found for sale in Toronto.
Both tree and peacock are highly stylised, so these two pictures illustrate two extremes of presentation. 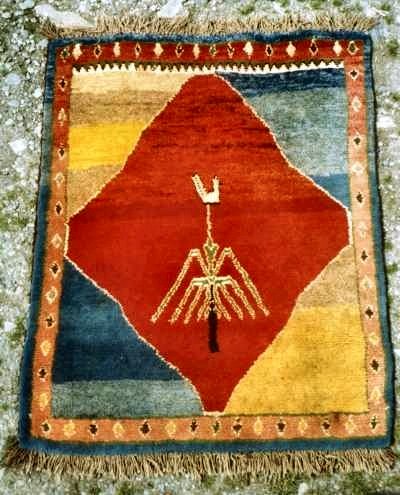