This remarkable capital inside the church shows a stocky, bearded and naked man with prominent navel
pulling the hair of a long-bearded figure to his left, and of a richly-clothed female to his right
- who is being approached by a devilish figure on her right.
The scene represents Luxuria (the sins of wealth) with Concupiscentia included.
It is a pity that the handsome gentleman's genitals have been hacked away from this rather fine piece of didactic sculpture. 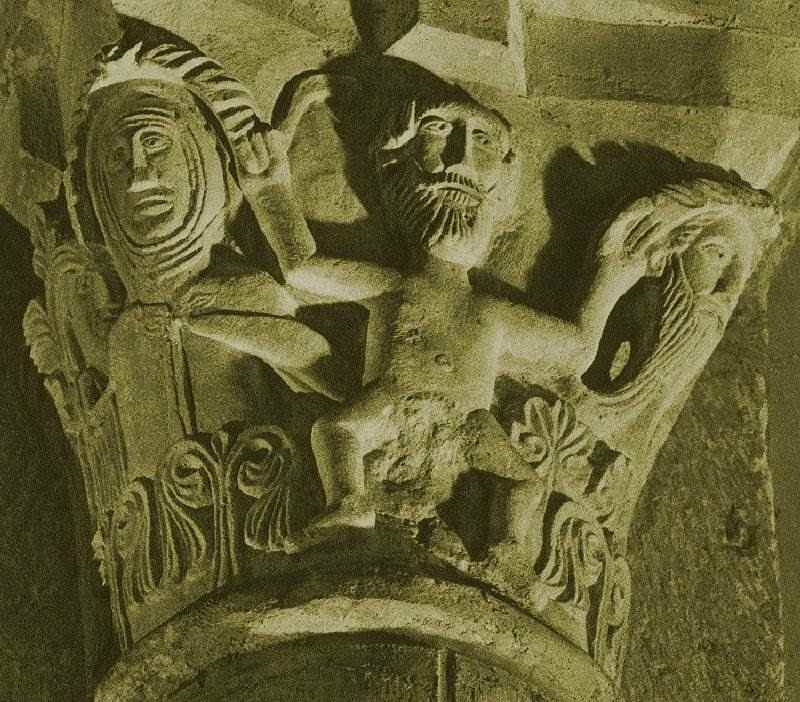 Another example of deliberate damage - this time on a much higher carving on the church of San Esteban
at Corullón (León) in Spain, which is much cruder than the Bommiers capital. 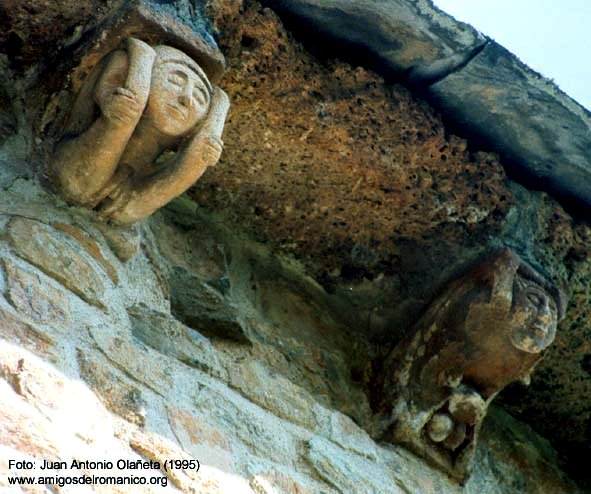 A seriously-limbless example at Haux (Gironde) - with, however, his penis intact. 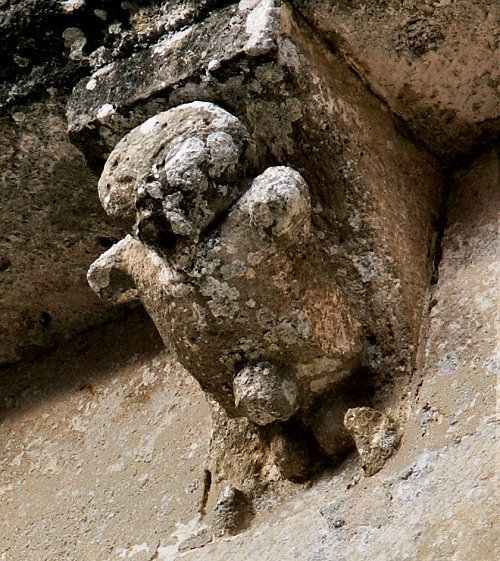 The same kind of damage was wreaked on a corbel at Bords (Charente) - leaving the impressive genitals intact! 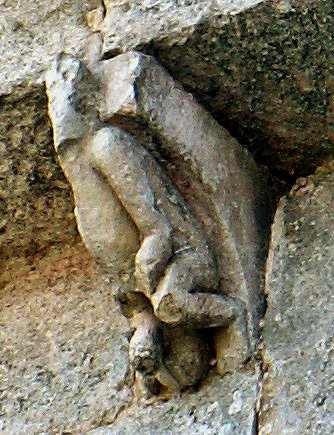 At Artaíz (Navarra) the ithyphallic penis (and its grasping left arm) have been carefully removed,
showing that the genitals were made of two parts, the penis shaft fitting neatly into a socket in the scrotum. 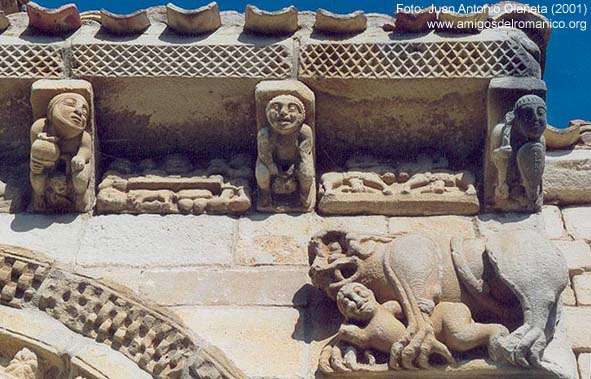 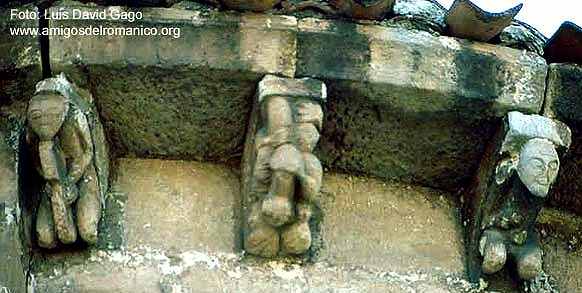