Until recently only one of the two female exhibitionist corbels had been recognised
on the magnificent cathedral at Ely - the one which is very difficult to see from ground level.
This picture comes from the The Corpus of Romanesque Sculpture in Britain and Ireland
and shows corbels above bay 6 of the clerestory of the S side of the nave. 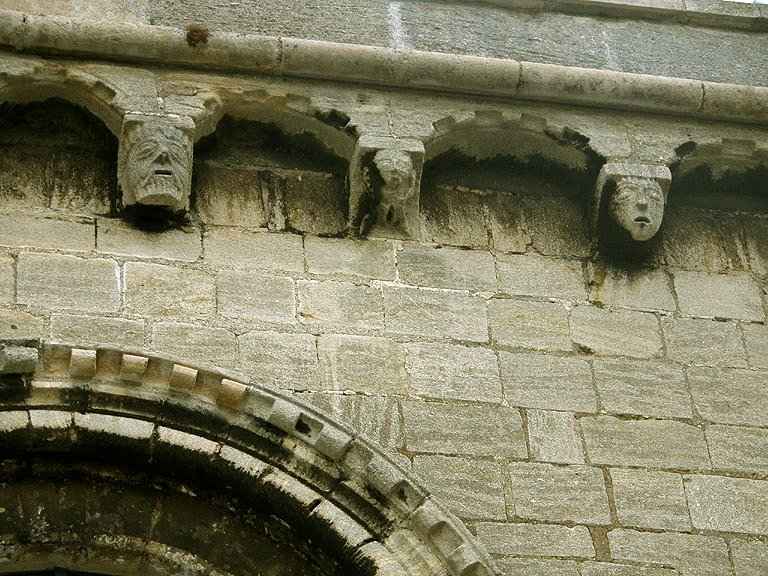 The same corpus shows the other exhibitionist, much easier to find, which is at the same level
on the North side of the nave, in bay 5, second from the right at the top of the photo. 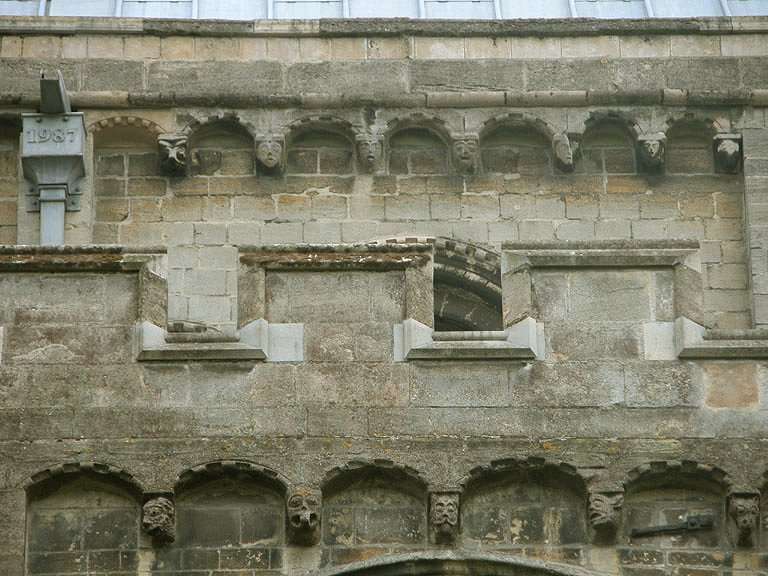 It was recognised as an exhibitionist in 2004 by members of the sheela-na-gig newsgroup,
and the detail below (showing a clitoris) is from a photograph by John Harding. 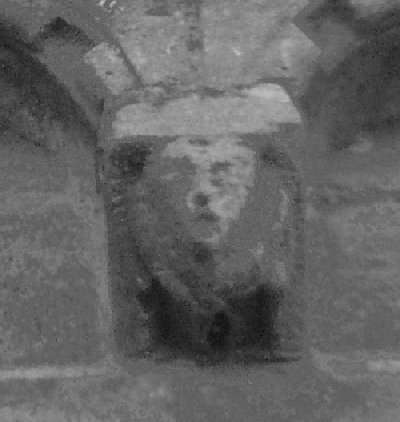