There are two very interesting and puzzling figures on the doorway of the St. Nicholas Chapel in the lower church or crypt,
one or both of them first noted in 1894.

1. A Romanesque-looking Luxuria-like figure at the bottom of the main doorway at ground level:
it seems to have serpents interlacing over its torso and attacking the sides of its head.
It appears to have a cavernous vulva, from which a stream - or, more likely, another snake - is issuing or entering.
Compare with the figure at Ôo (Haute-Garonne) in France. 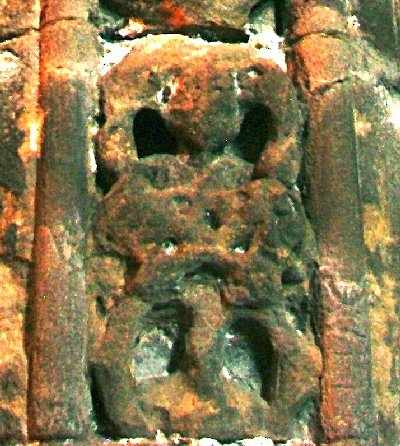 2. A very weathered, crouching, poetic and apparently ithyphallic (or perhaps hermaphrodite),
scrotumless figure is at the left of the base of the doorway.
The doorway is extremely worn despite it being more or less underground and very sheltered.
My colleague, John Harding, opines that its weathering would suggest that it was moved to its present position
probably in the 19th century. 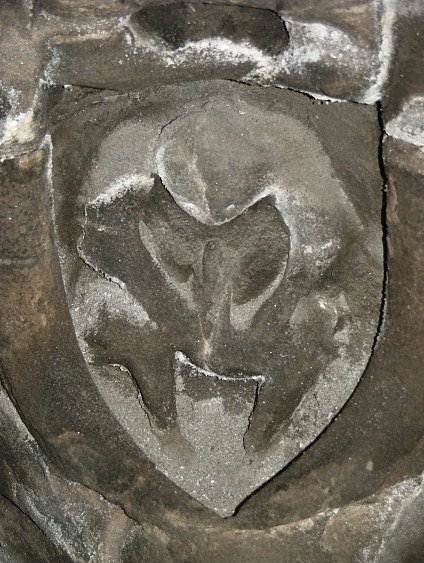