The figure currently high up on a corbel-table is a modern replacement. The cathedral and other churches
in the Trondelag province show strong English influence, especially from Lincoln Cathedral and Kilpeck Church. 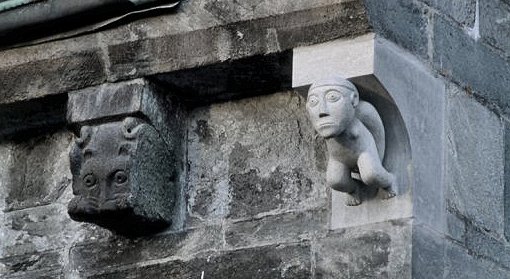 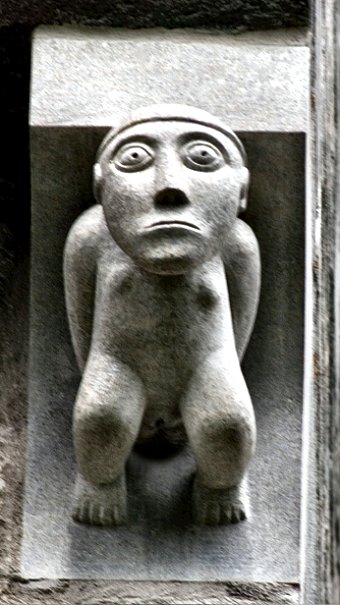 The original corbel is now housed in the archiepiscopal museum, and, viewed from below,
clearly shows fingers opening a vulva. 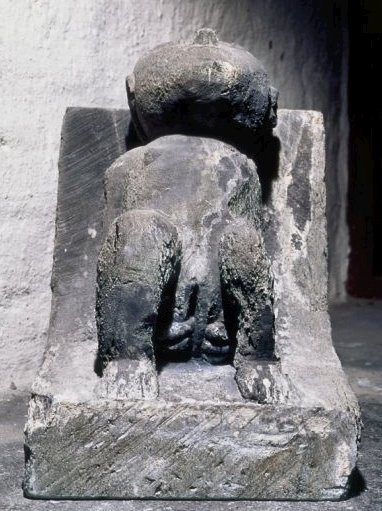 John Harding has made much of the fact that this corbel was not only high up (as many are) but also obscured by a buttress,
as this 19th century photo by Emanuel Vigeland shows. 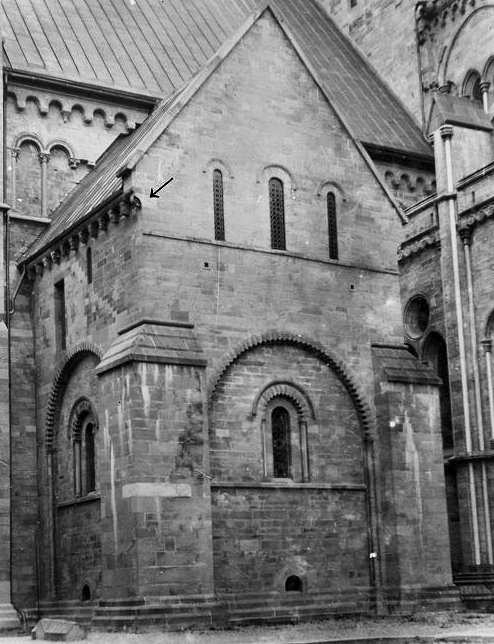 The exhibitionists at Ely Cathedral (for example) cannot be seen from the ground.
This does not necessarily indicate that they were not conceived or intended as illustrations of sin, or that they were entirely apotropaic,
but that someone involved at some stage thought for some reason that they should not be obvious.

Elsewhere on Nidaros Cathedral is an ithyphallic male, somewhat the worse for wear,
and also photographed by Kjartan Hauglid. 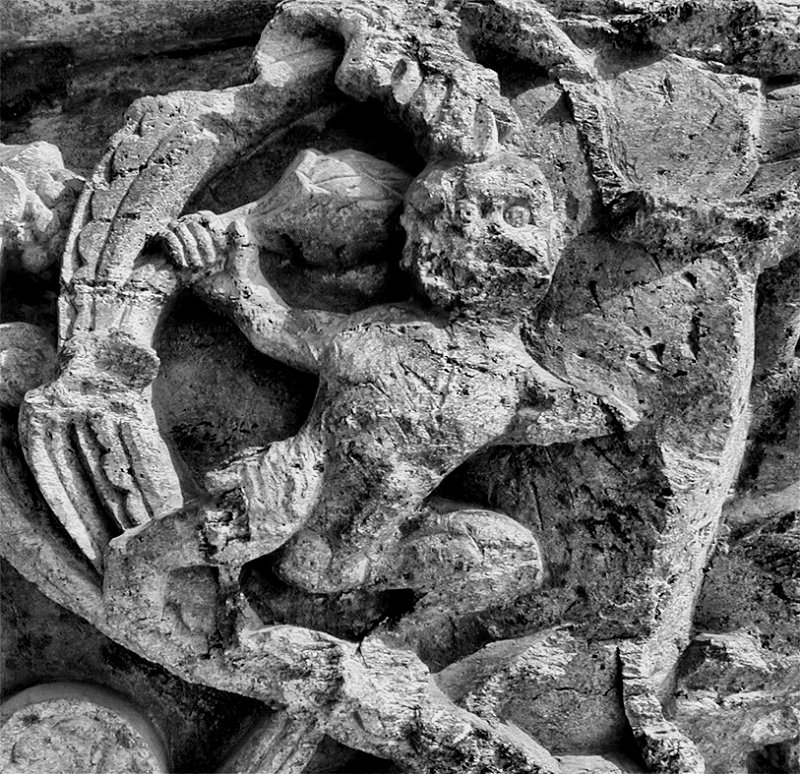 A figure not far away in on St Olav's church Stiklestad (site of a battle in which the sainted King Olav II was killed)
is one of many enigmatic figures illustrated on this website.
It is wearing boots and some kind of important headgear, is sitting in a chair or throne,
and has its fingers in a position similar to the figure at Trondheim.

For further discussion of this carving, see John Harding's site. 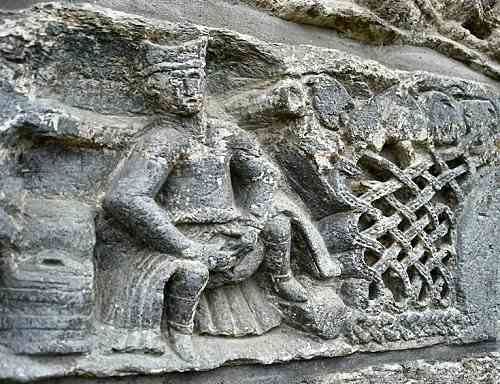 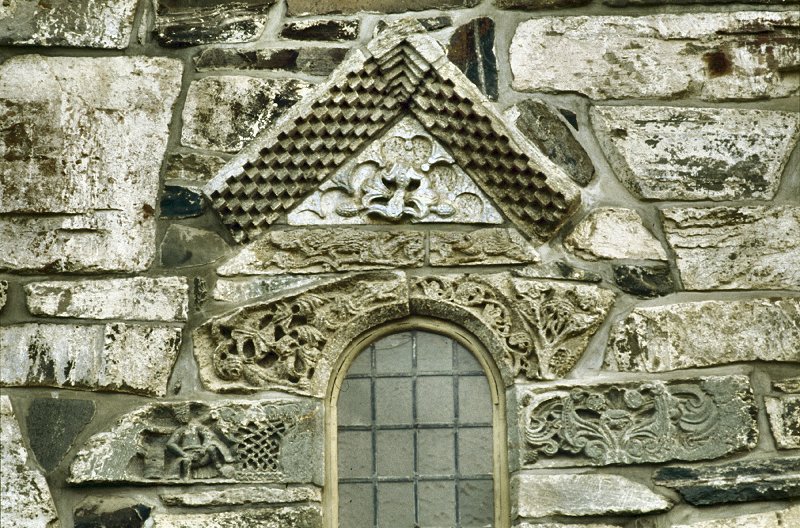