This male figure on a Romanesque chancel arch is in a rather later style, though the head is expressively Romanesque.
The body looks as if it were carved by a different and untrained sculptor.
The very large navel is a feature also found on some later carvings. 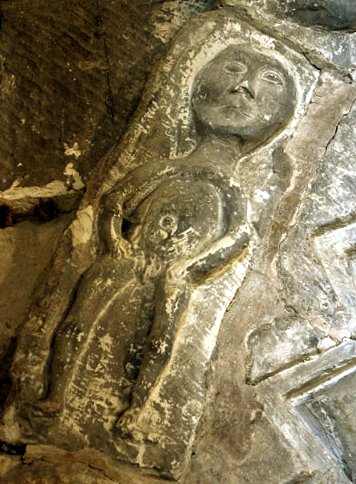