On the left-hand side of the late twelfth-century doorway of the church
devilish monsters attack this acrobatic atlante-exhibitionist female.
To the left is a devil with a goat's head. On the right, bizarre monsters bite each other.

The exhibitionist-atlante is not a rare motif, nor are attacking beasts
(though these are particularly fanciful)
- but for the two motifs to combine on a doorway is very rare indeed,
and especially interesting in an area of brick-built churches (between Toulouse and Albi)
where carvings are in any case uncommon. 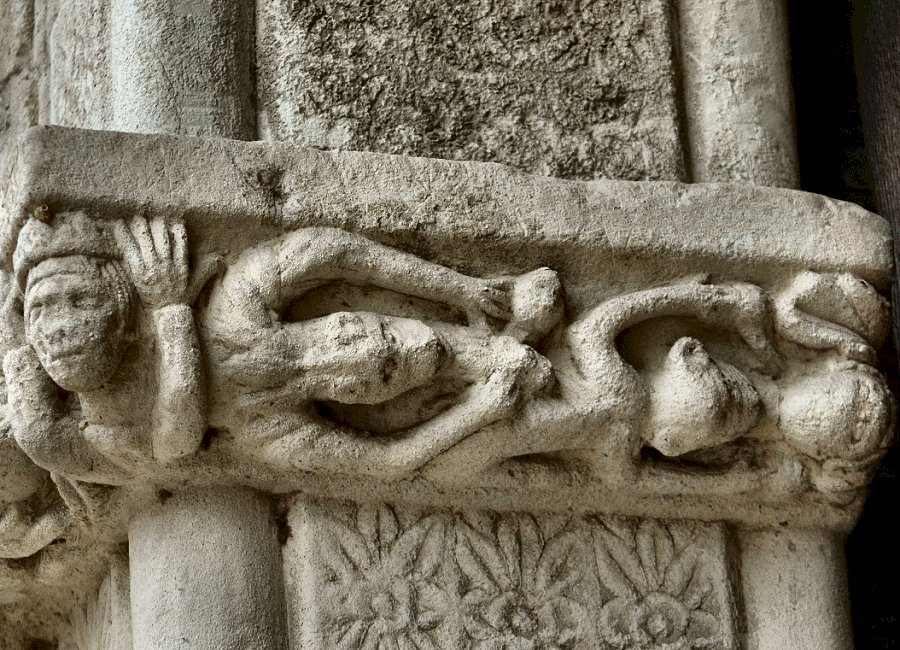 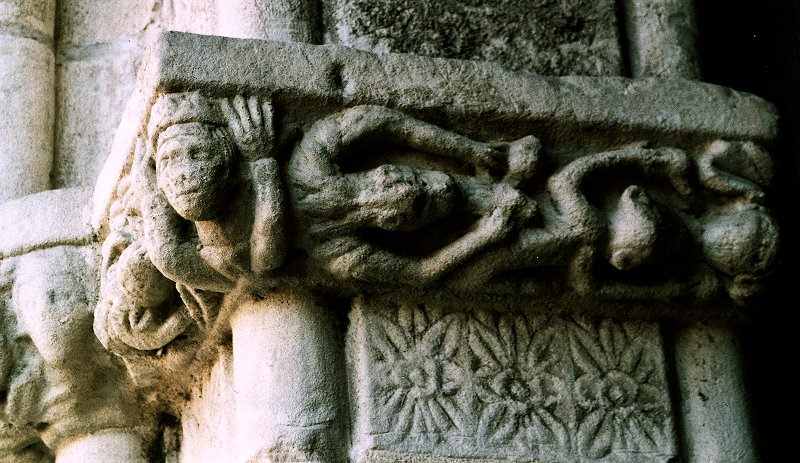 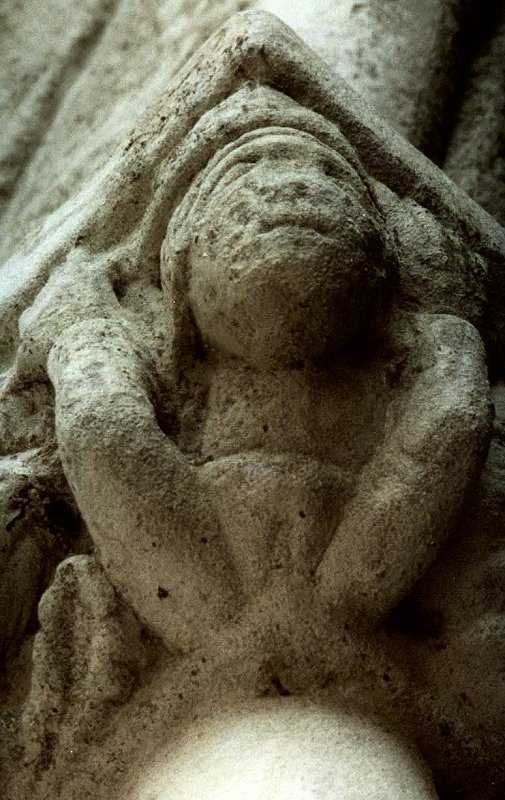 compare with the punishment-scene on the doorway at Saint-Léger-de-Montbrillais (Vienne),
an acrobatic exhibitionist at Cefalù (Sicily),
and with a capital at Deyrançon (Deux-Sèvres)