The sin of lechery is depicted very crudely on this rustic XIth century capital,
with the peasant's penis resembling a third leg.
The ears of the two amazingly childish hares are laid back. 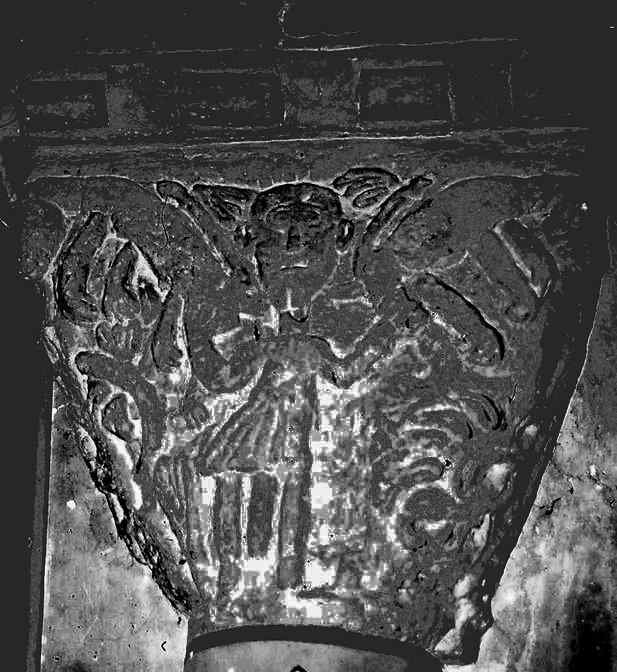 I am indebted for this photo to Peter Hubert and Julianna Lees.

Three hares forming a triangle are sometimes seen, especially on post-Romanesque roof-bosses.
They have been interpreted as symbols of the Trinity, but I rather suspect that they represented
the "three sexes" - male, female and hermaphrodite - and, later, came to be misinterpreted
as the Trinity.