Le dolmen du Pech de la Crabe is 1.7 km W of Saint-Projet
and is one of the two dolmens marked on the map (the other one disappeared a long time ago),
just inside the (unfenced) Military Zone of the Camp de Caylus.

Some of the cairn survives. 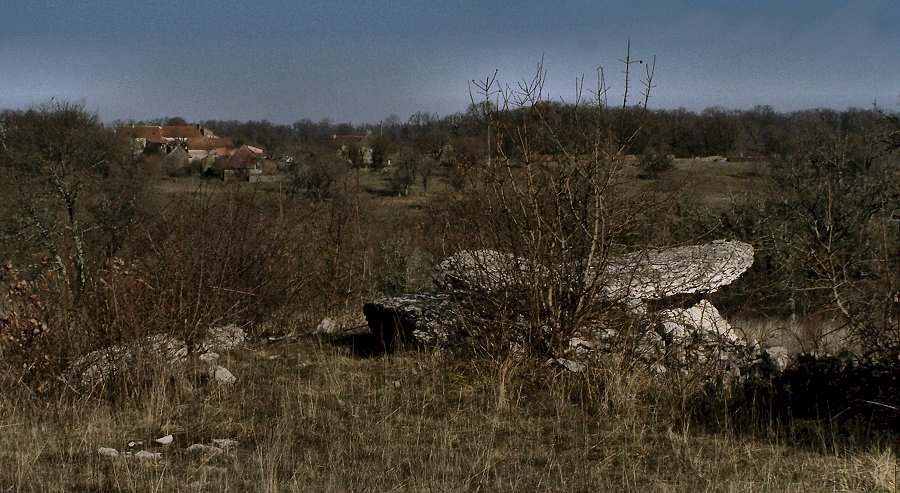 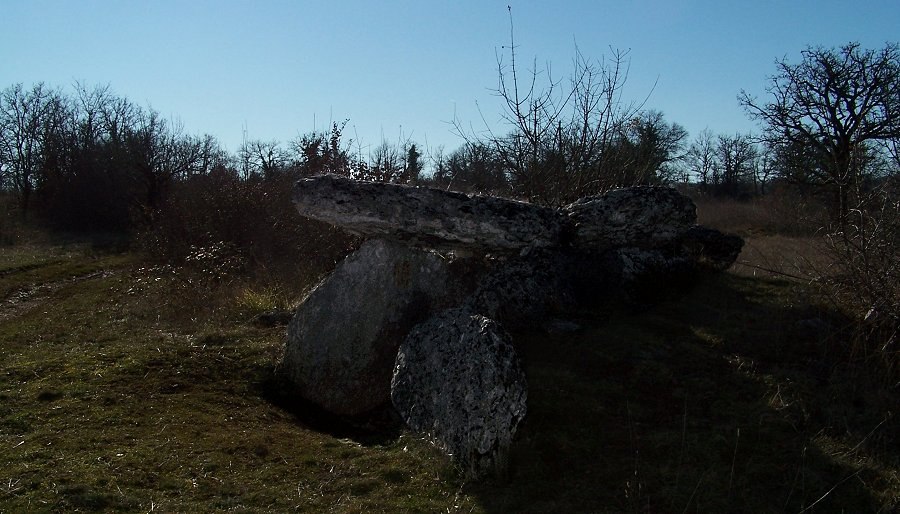 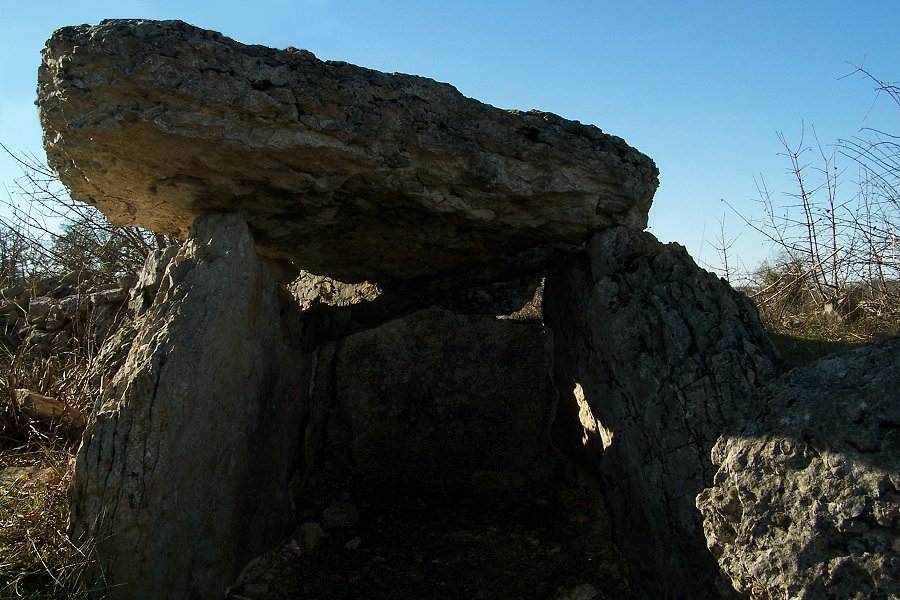 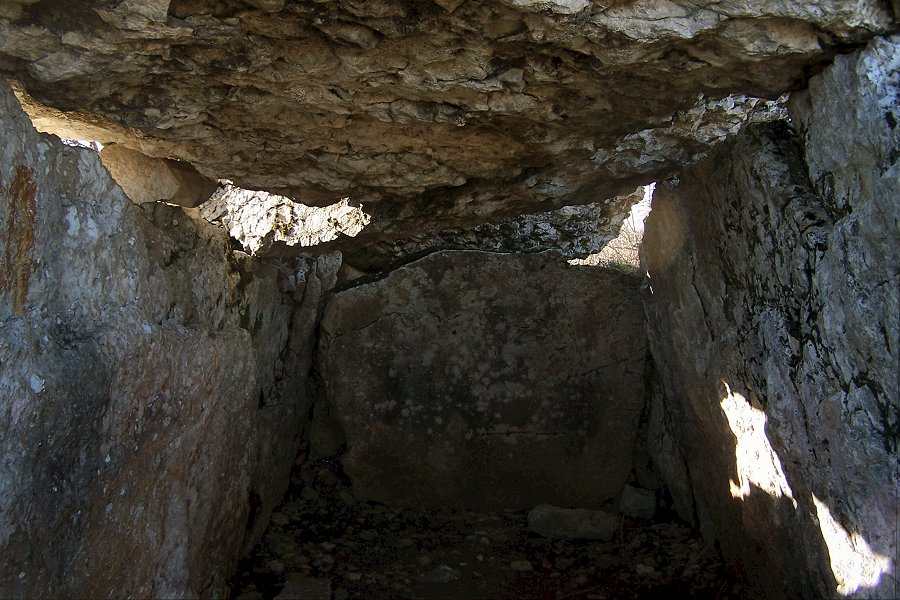 The chocking-stone on the left may not be original.

The Christianised menhir of Saillac is just over 3 kms NNW.

About 15 kms West of Caylus, along the D.926 in the direction of Caussade and Montauban,
are several tombs at Septfonds >

17 km WNW of Saint-Projet, and 3 km SE of Lalbenque (not marked on Sheet 2139 O)
is the semi-collapsed and delicately-poised Dolmen de Pélissié, about 100 metres up a track E of the D.4
The capstone is 4.5 metres long. 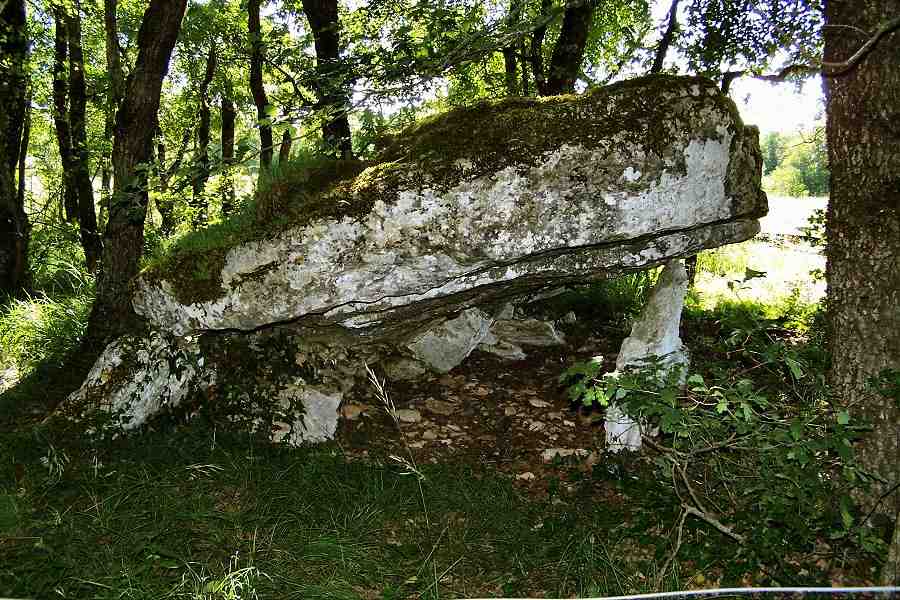 Just N of Labenque, close to the road but behind a garden hedge (to the right in the photo)
is a larger and more sturdy tomb known as the
dolmen de la Borie-Rouge. 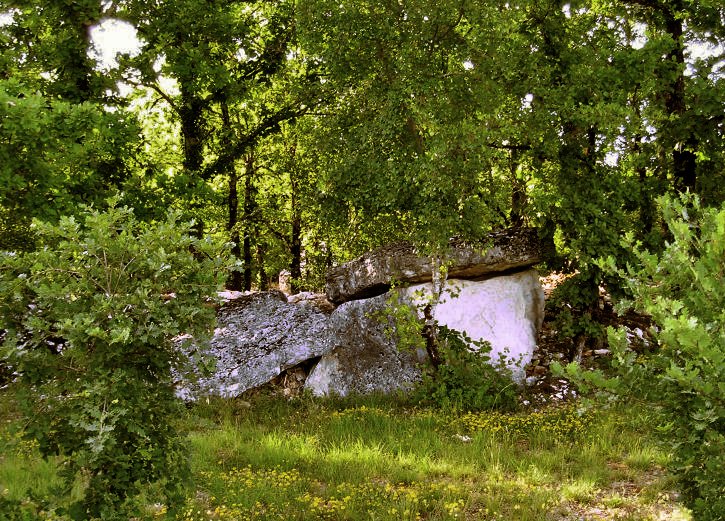