Compare the figure on the right with a male moustache-pulling acrobat on the 12th century church
at Bussières-Badil in Dordogne, France.

Compare with a Merovingian (7th century) buckle-plate from Picardy. 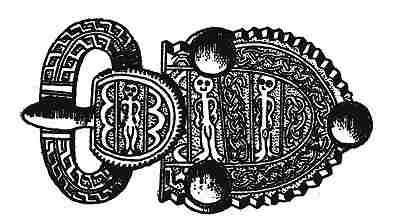