This 16th century fountain stands in a small, quiet square (Place Saint-Michel) in the old town.
At the top, St Michael conquers the Dragon.

In the first photograph a rather Classical Terra is seated while clasping a vine. 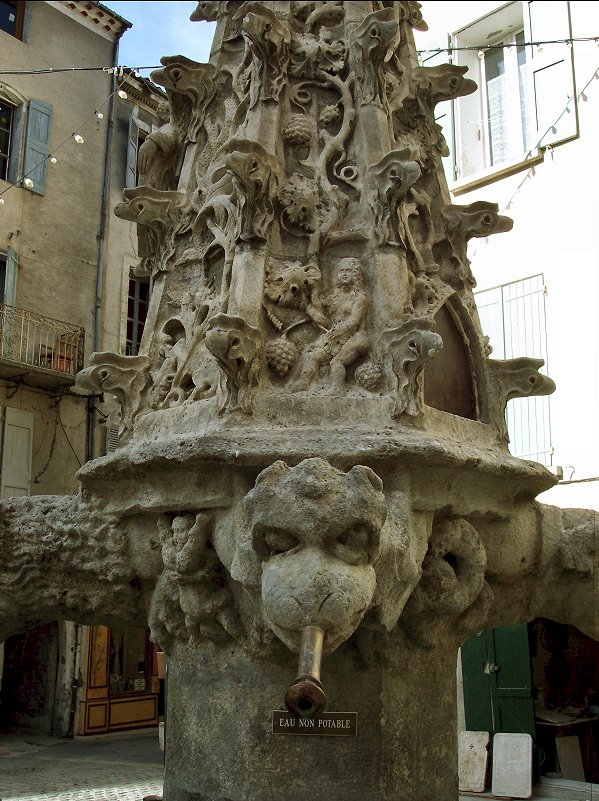 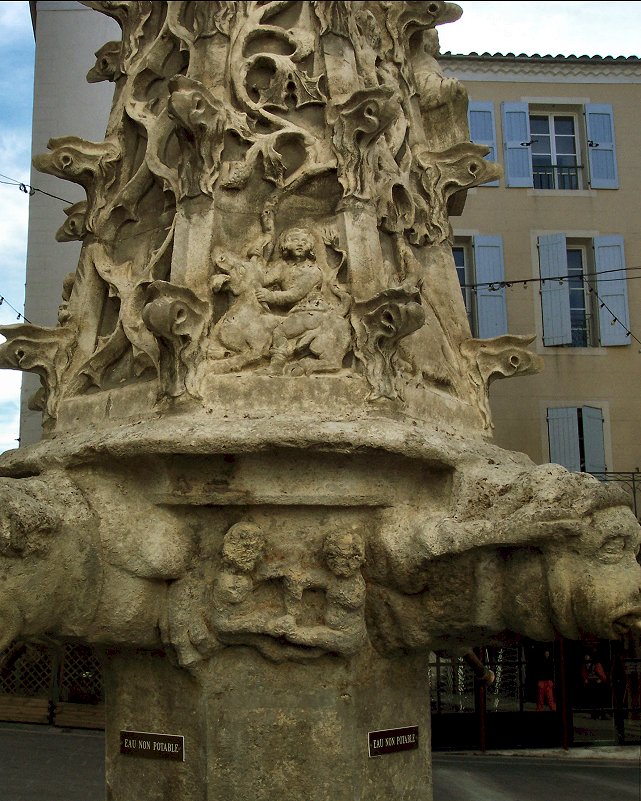 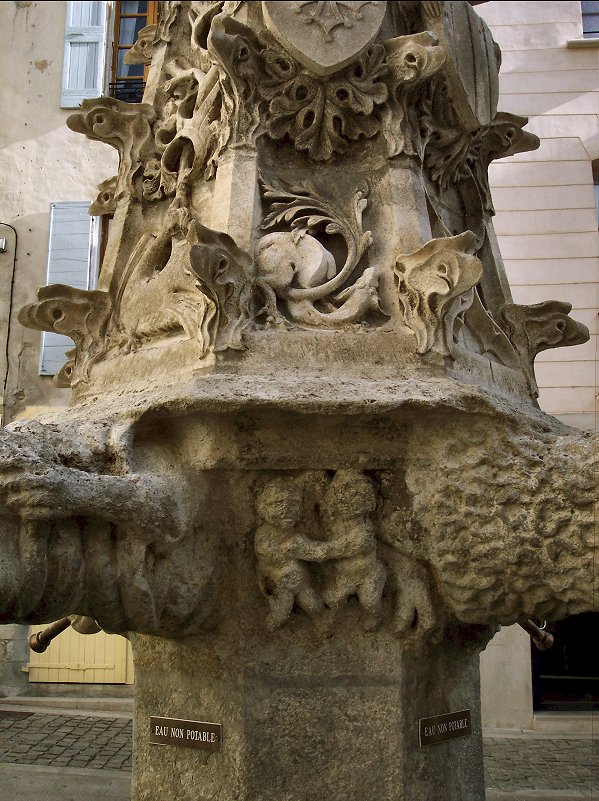 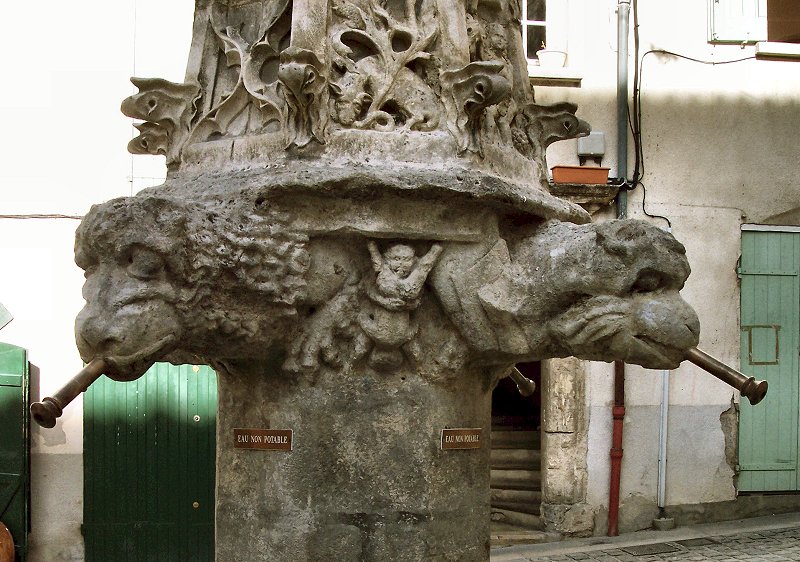 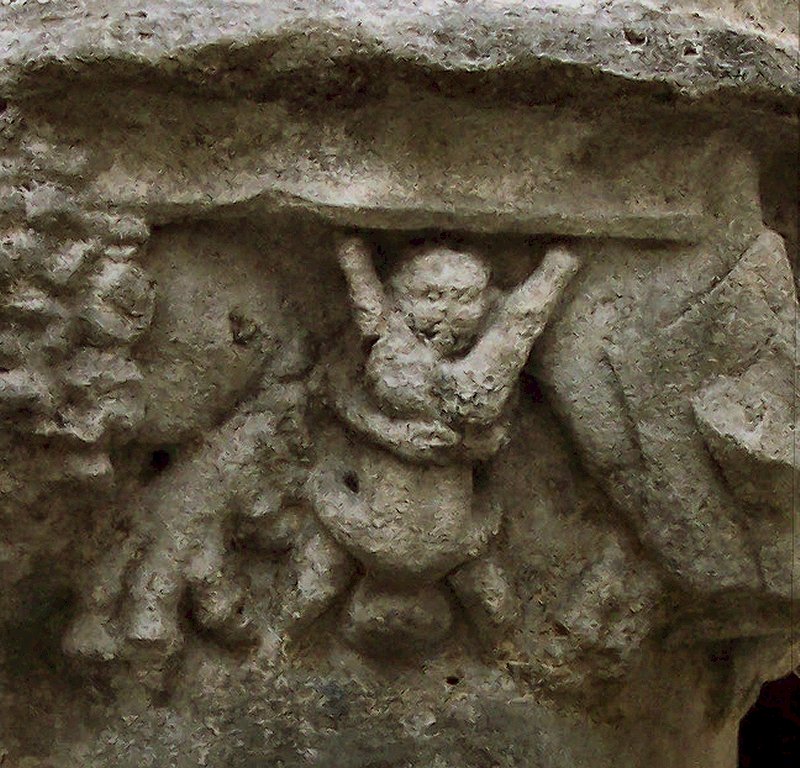 It has been suggested that the carvings might not have sexual connotations, but, rather, refer to the games and somersaulting
that enjoyed a vogue at the time. However, it does look very much as if the penis of one figure is in the other's mouth.