A remarkably pornographic corbel, carefully carved.
Some of the Spanish romanesque coupling couples are evidently designed to encourage procreation
in a land cleared of Muslims and devastated by Christians...just as Daesh/Isis have done recently in reverse.
This is the best example. 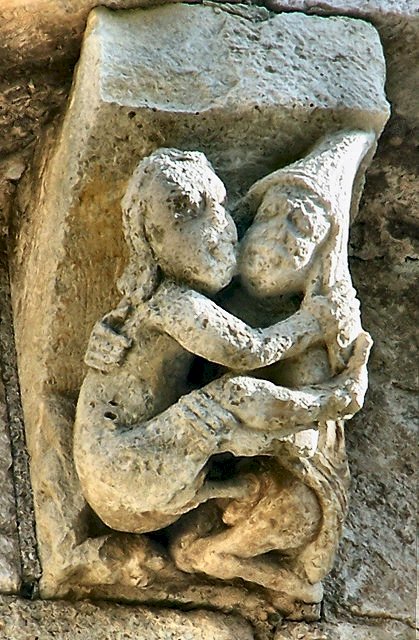 And another corbel: a skirt-lifter, like those at Lammas, Milan, etc. 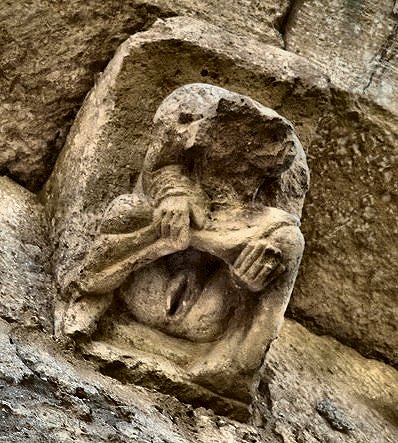 Part of the corbel-table on the S side. 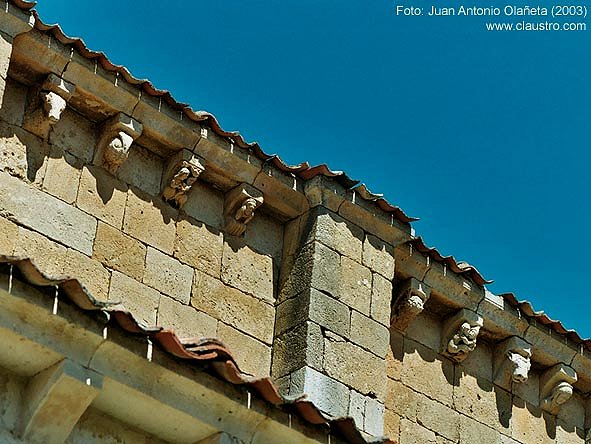 A view of the chevet. 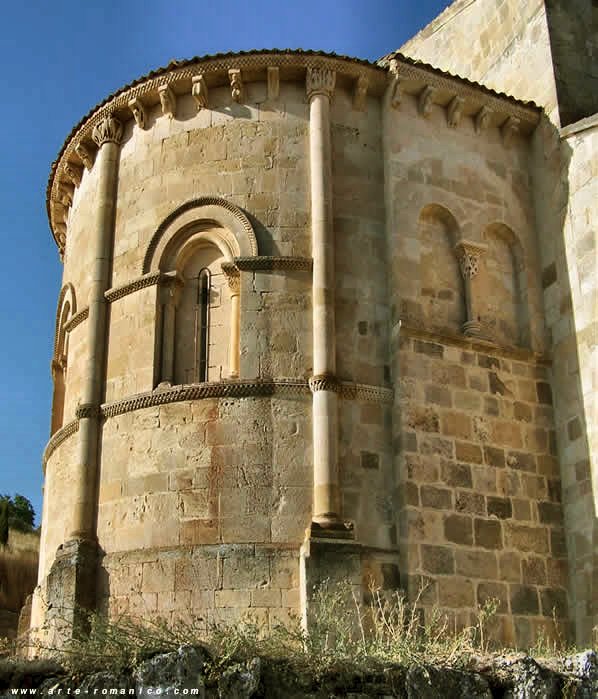 Not far away, and carved about the same time as the above is a much cruder pair in the hamlet of Santa Marta del Cerro (Segóvia) -
the male with very large, cylindrical penis and the woman clutching her pregnant belly:
the pair are evidently an encouragement to populate land ethnically and religiously cleansed.

This was the first Spanish church that I vsited after landing at Baracas airport, Madrid, in 1978. 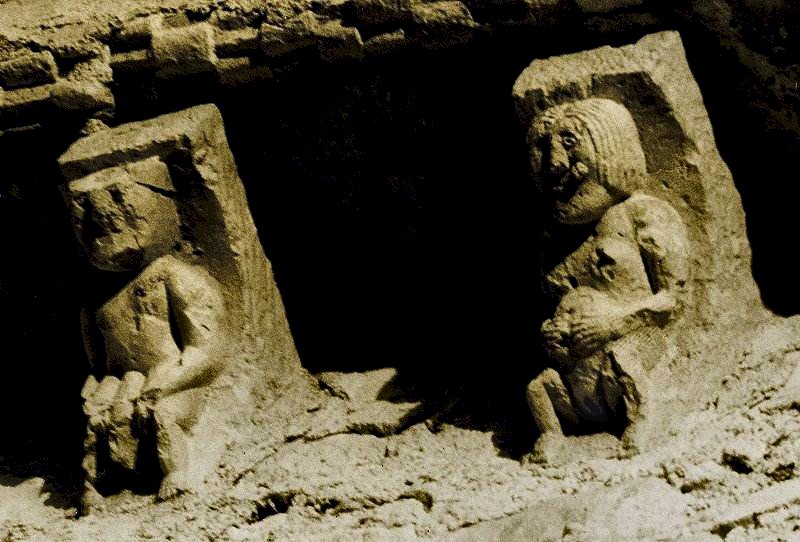 corbels on the nearby church of Barahona >