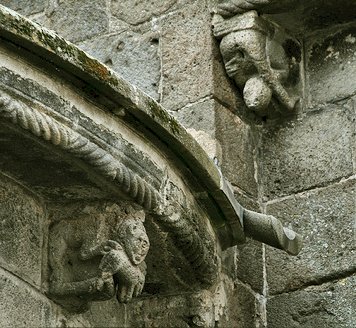 Corbel of a beast (somewhere between a bear and a dog) in an Ouroboros-position of auto-fellatio. 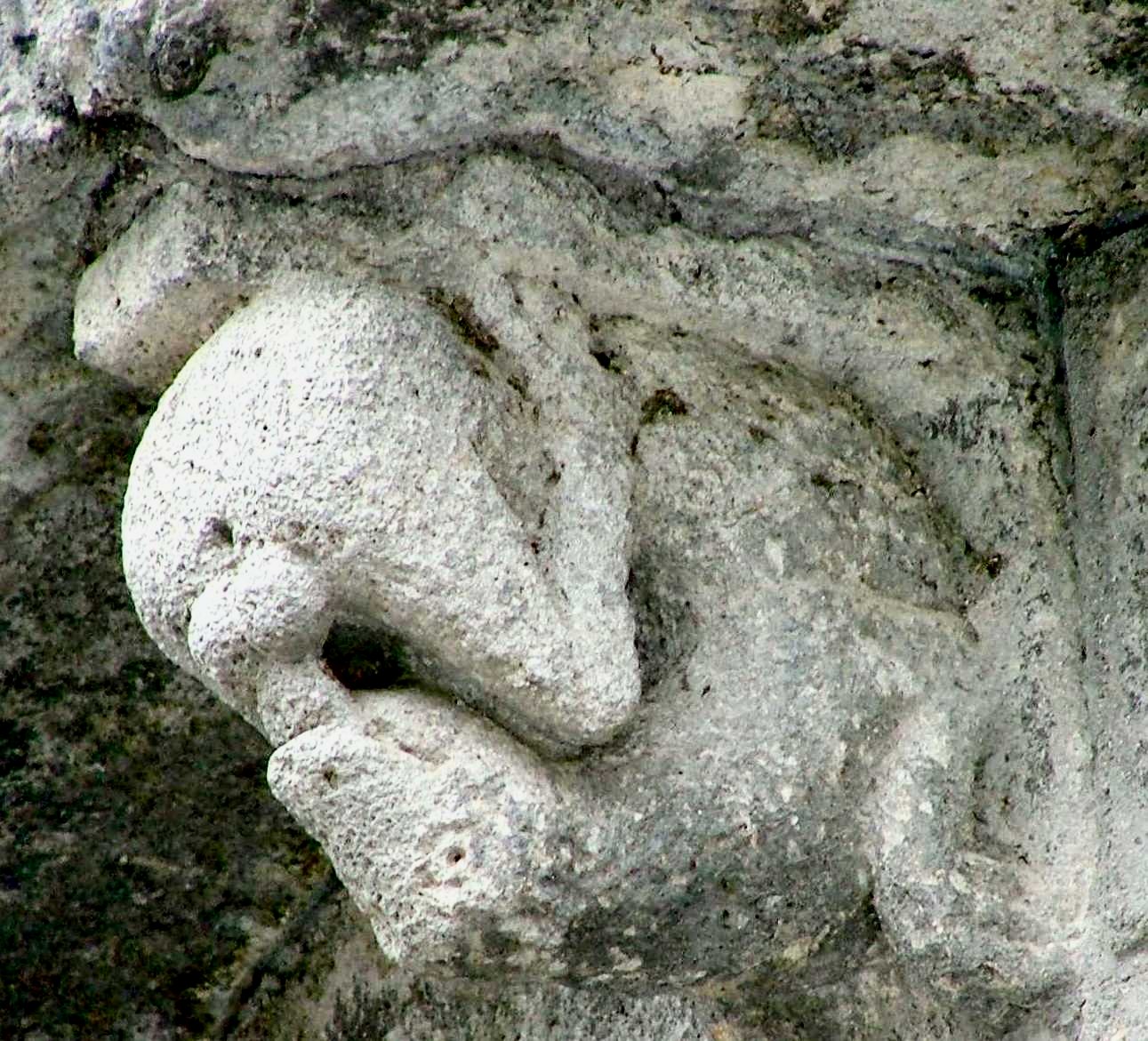 Might this be related to the enigmatic image of the column-swallower ?

Compare with a more florid self-fellating beast at Chauvigny (Vienne)... 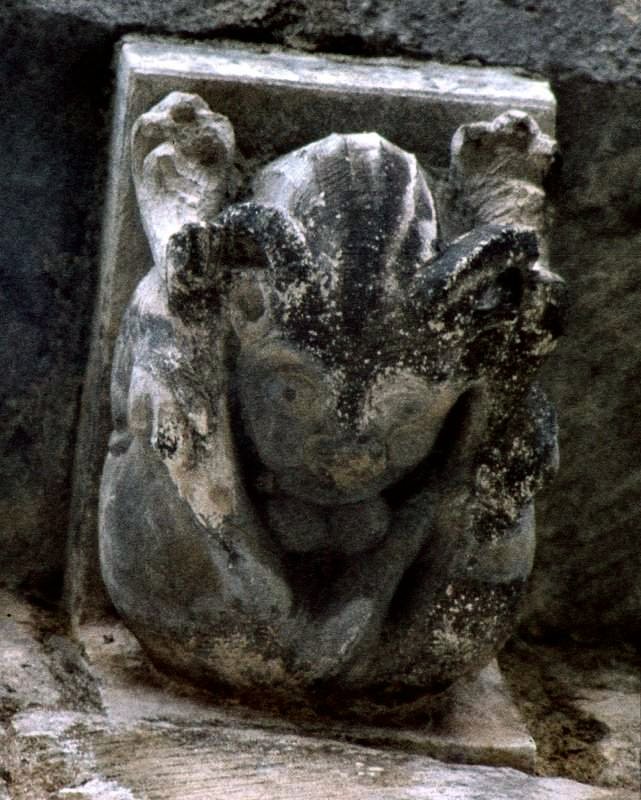 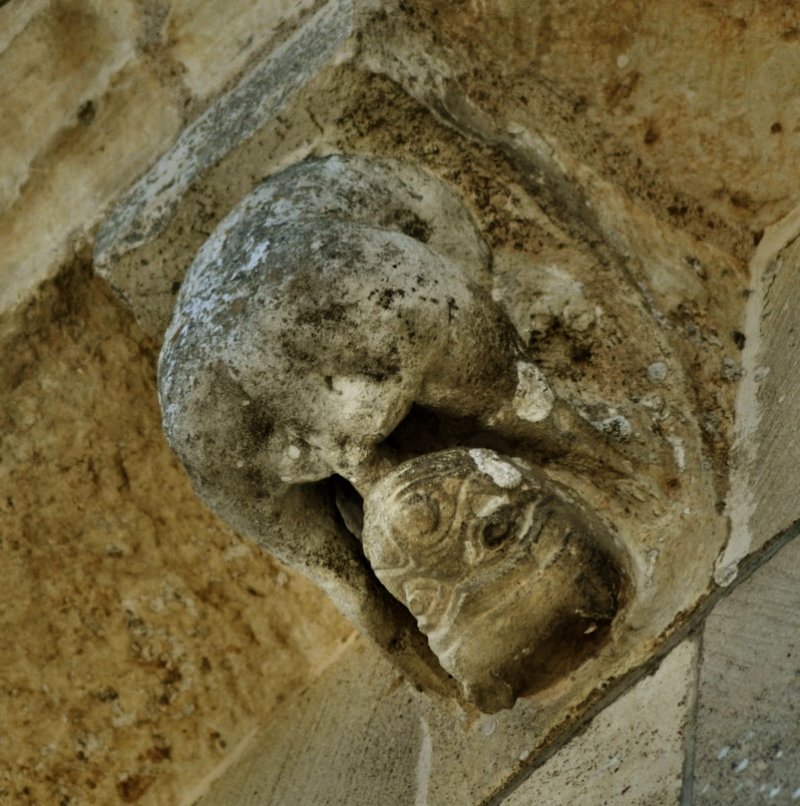 ...and with the acrobat at Lussac-et-Nontronneau (Dordogne). 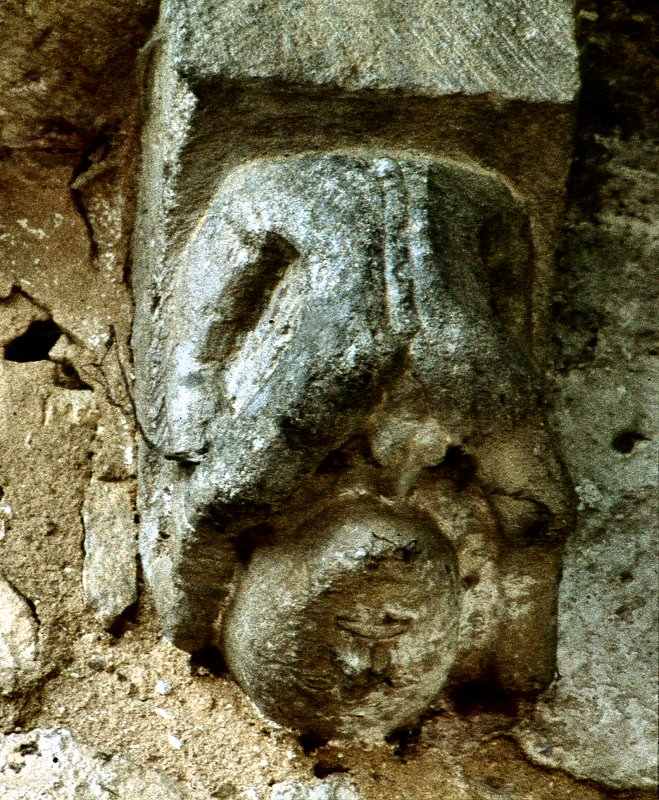 Might the evil Ourobolos not be the source of the contumely visited upon acrobats
- as acting, like homosexuals, 'against nature' - in Romanesque times ?

A classic serpentine Ouroboros, solarised from the illustration in an alchemical tract entitled Synosius (1478)
by Theodoros Pelekanos. 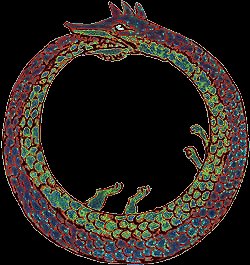 It seems to me that the origin of the Ourobolos idea/image was the paradisal fantasy of male sexual fulfilment
and sexual regeneration through auto-fellatio.

The Christian mythological view of the serpent would, in any case, make it an image of carnal sin.

In his Timæus, Plato described a self-sucking, circular being as the first living thing in the universe -
an immortal, primordial, perfectly independent being.

Of design he was created thus, his own waste providing his own food, and all that he did or suffered taking place in and by himself.
For the Creator conceived that a being which was self-sufficient would be far more excellent than one which lacked anything;
and, as he had no need to take anything or defend himself against any one,
the Creator did not think it necessary to bestow upon him hands: nor had he any need of feet,
nor of the whole apparatus of walking; but the movement suited to his circular form was assigned to him,
being of all the seven that which is most appropriate to mind and intelligence;
and he was made to move in the same manner and on the same spot, within his own limits revolving in a circle.

All the other six motions were taken away from him, and he was made not to partake of their deviations.
And as this circular movement required no feet, the Universe was created without legs and without feet." 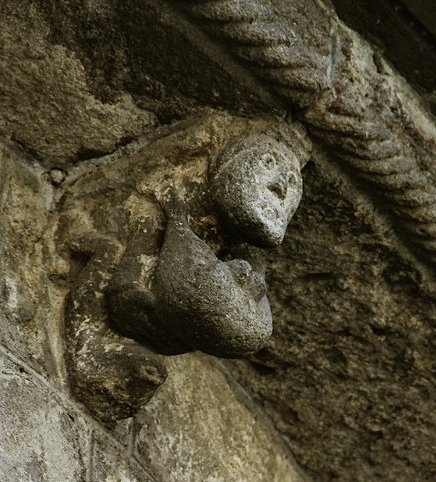 A pair of males ?


Other churches in the départment of the Cantal have similar corbels, notably Anglards de Salers... 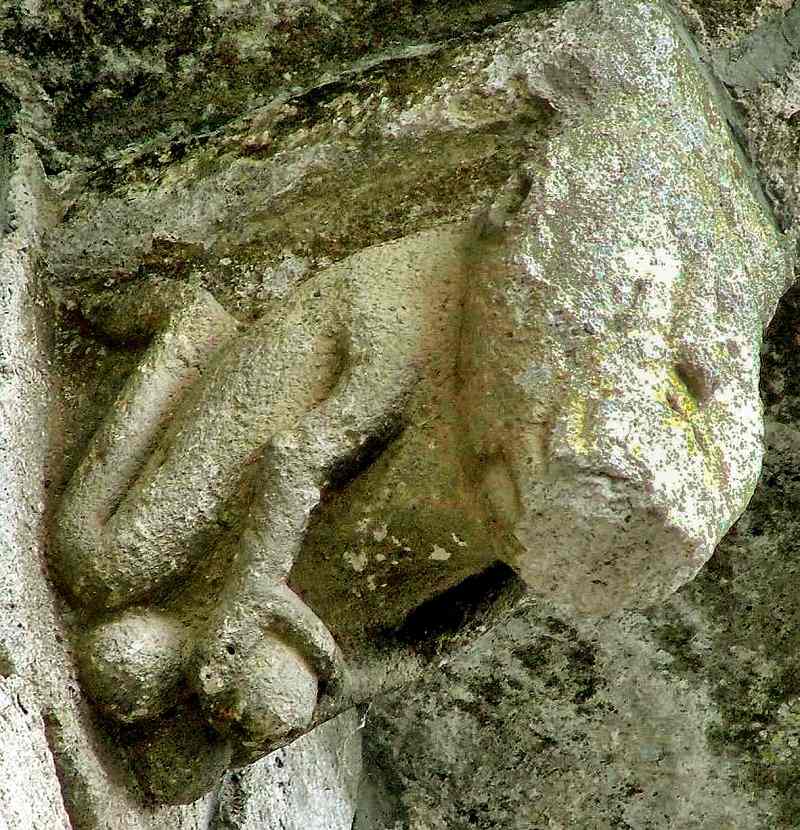 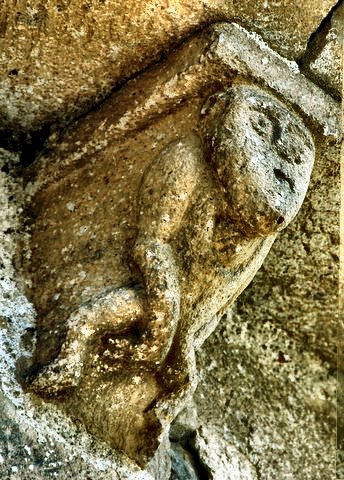 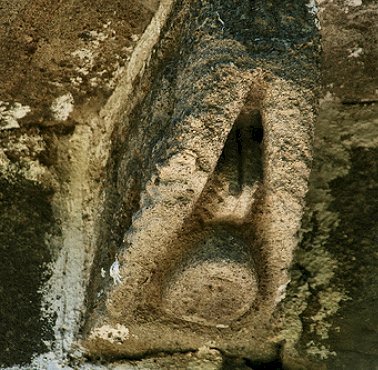 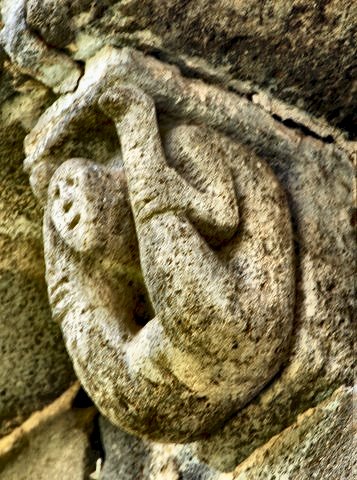 and Saignes (almost all photographed by Jacques Martin). 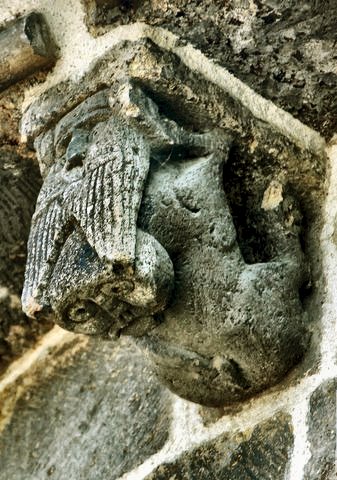 A simian exhibitionist in the same département, however, seems to have been carved by an entirely different team or 'school'. 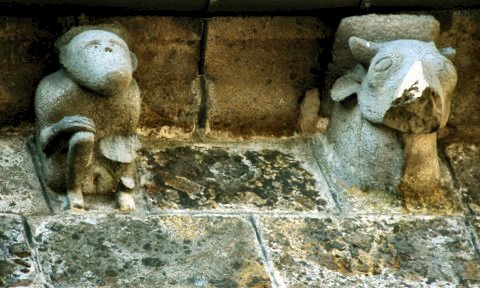