A detail of the twelfth-century window-sill in the church of Rath Blathmaic.
The figure of Luxuria, whose breasts (and eyes!) are well-indicated, is being assailed by hellish beasts in a typically-Romanesque way.

These look very much as if they are biting the woman's ears, whereas those on Irish crosses
appear to be whispering (temptation or evil ?). 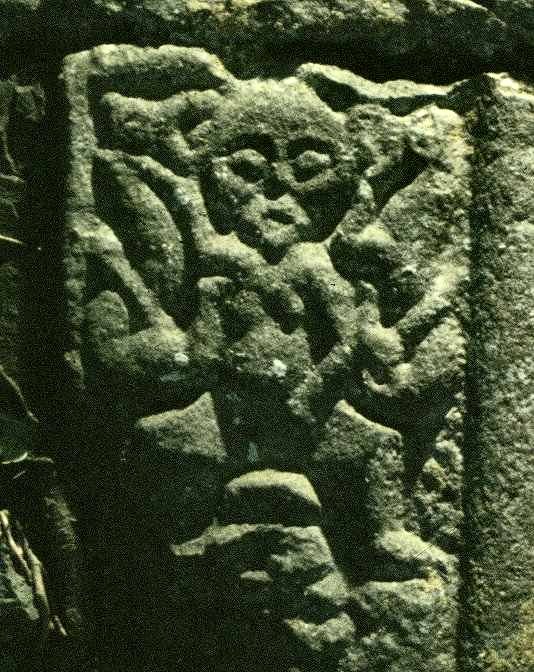 The whole of the damaged windowsill, which has been re-inserted upside-down, and is a fine example
of the Scandinavian-influenced later Irish Romanesque. 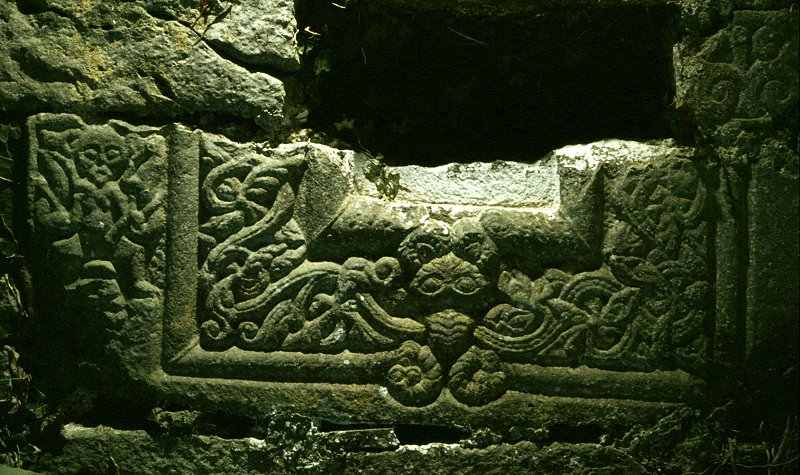 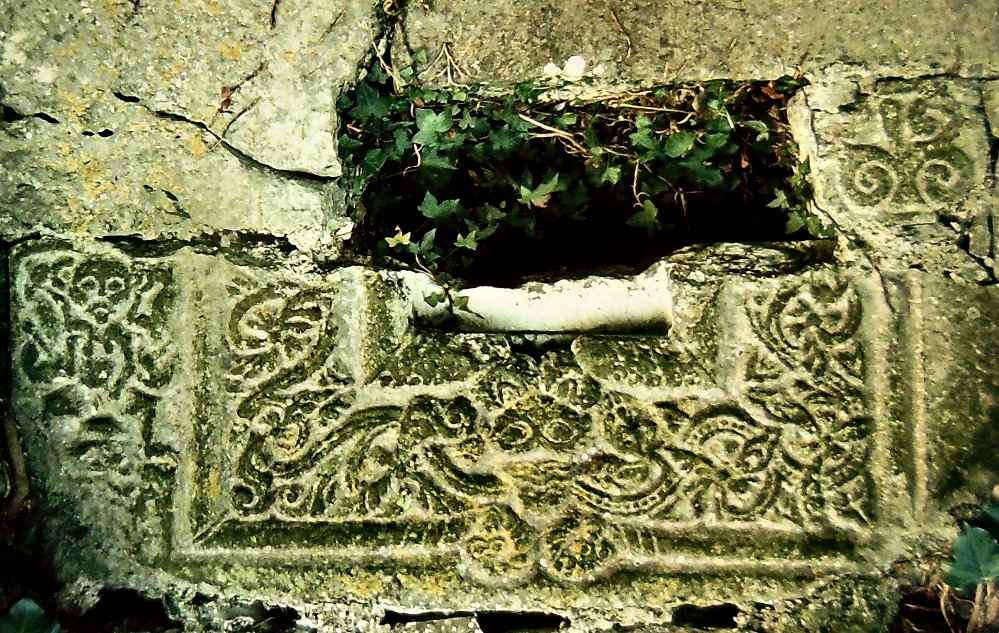 Compare with a damaged figure at Saint-Fort-sur-Gironde (Charente-Maritime),
a church on one of the Pilgrim routes from Ireland to Santiago. 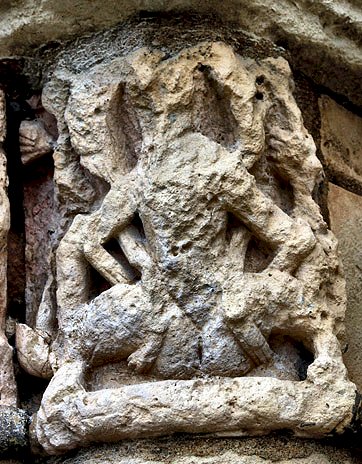 Compare the 'Whispering Beasts' - perhaps restraining a devil - on the Market Cross at Kells (Meath). 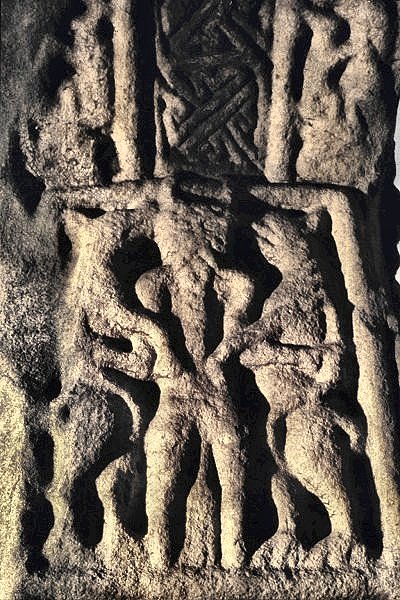 The pages on Enigmas of the Irish Crosses are on the CD ROM expanded from this website,
with more and better photographs.