The megaphallic male on the right (on the south corbel-table at Rubiães (Minho) Portugal)
is not sucking wine from a barrel, but playing an instrument called the dolio,
also known as a barrilete.

It is likely that this was a simple adaptation of an empty keg (rather than a barrel)
by attaching a pipe to the bung-hole.
The motif occurs, unsurprisingly, in maritime wine-producing/exporting regions from Galicia
around the bay of Biscay to the Charente-Maritime, north of Bordeaux.

It produced a single drone-note, very like a jug from a 1920s Jug Band in the southern USA,
and possibly was accompanied by clownish behaviour.

Some of the Romanesque representations of the instrument are decidedly phallic. 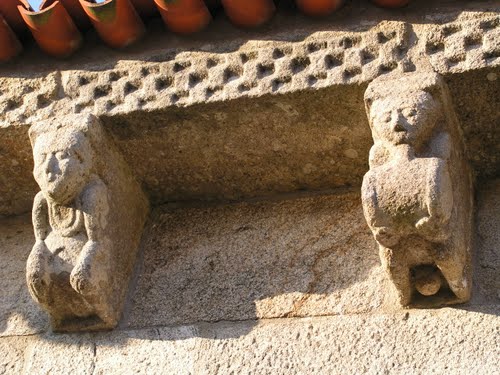 Other examples can be seen at 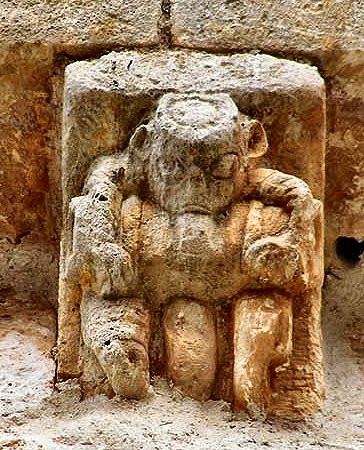 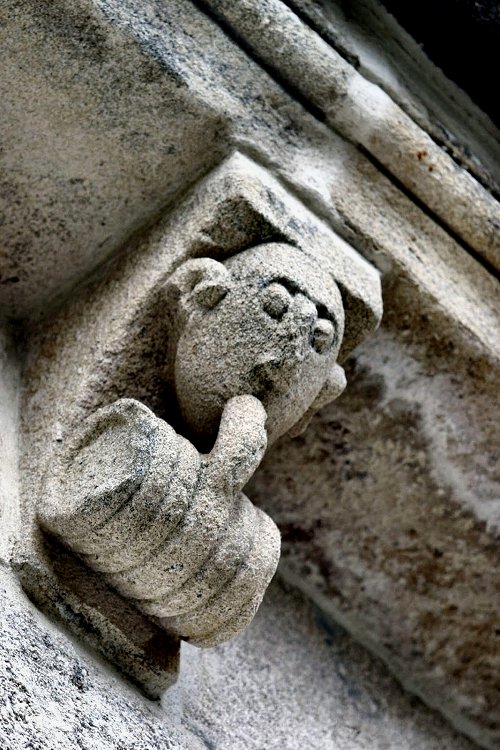 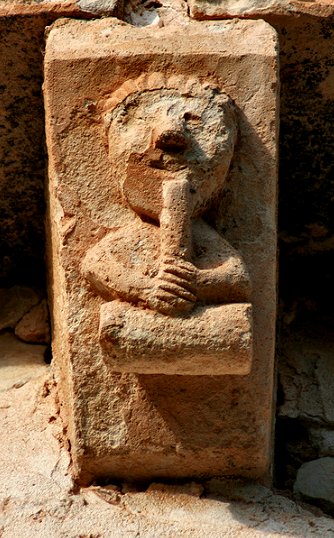 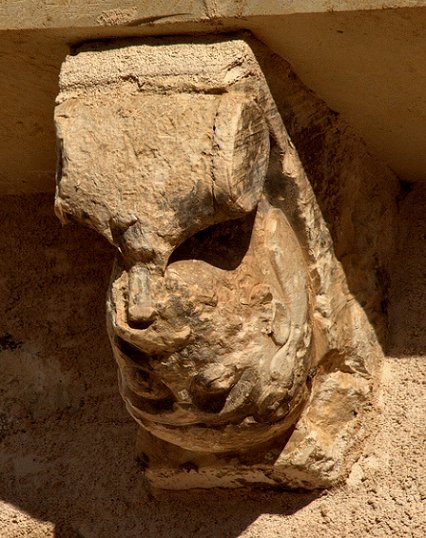 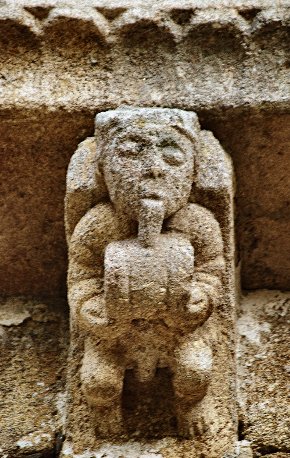 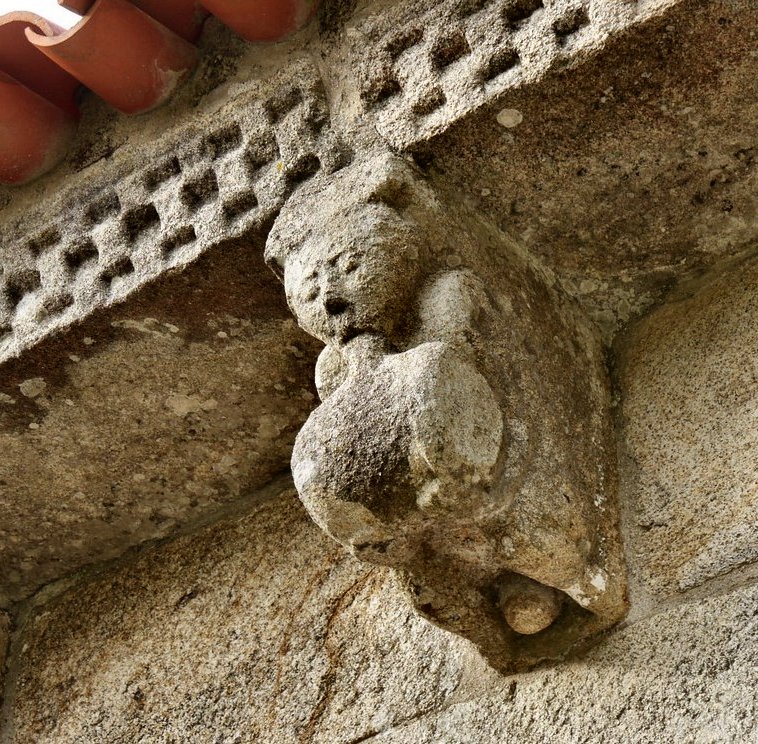 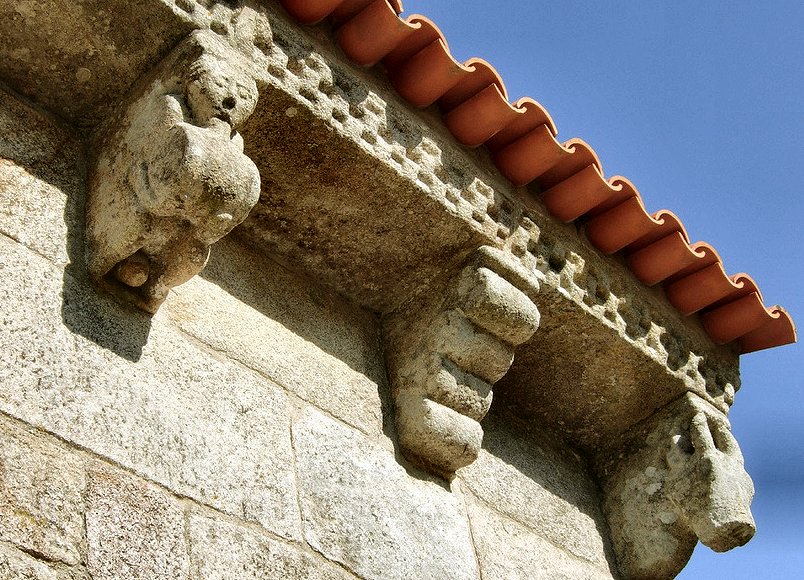 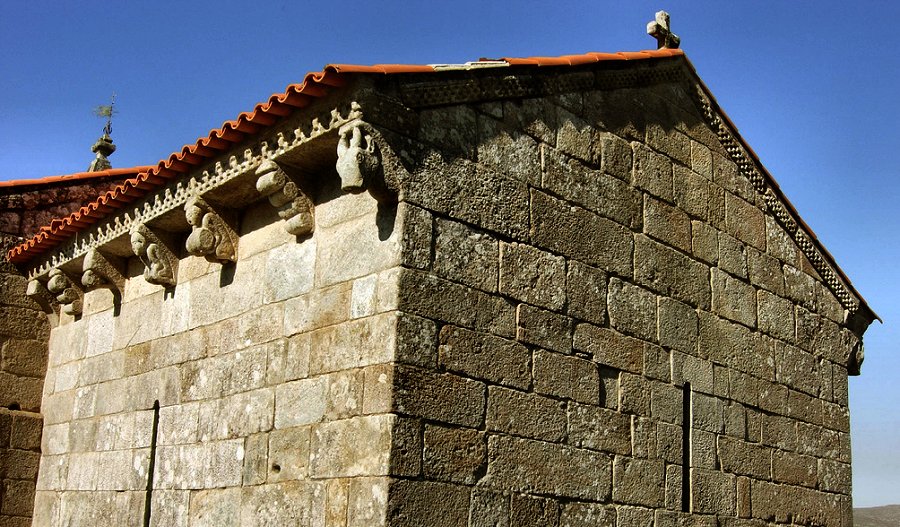 ...with other exhibitionist examples at Givrezac (Charente-Maritime), 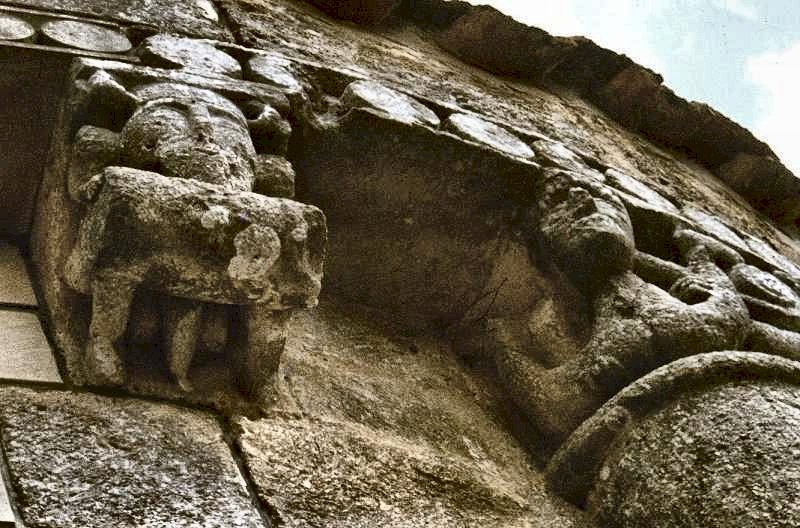 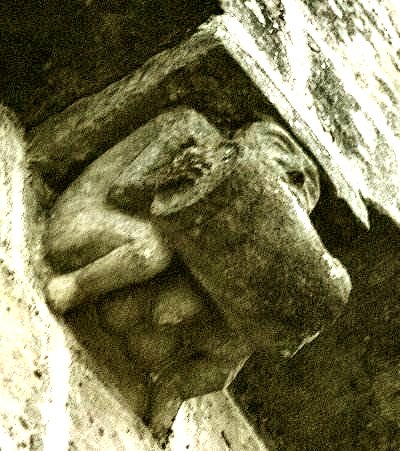 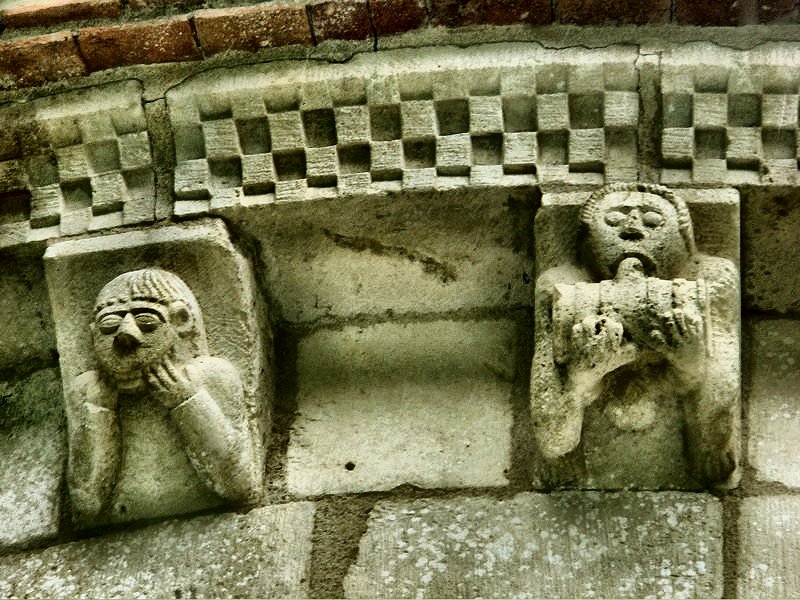 The left-hand side of the doorway at Moarves (Cantabria)
seems to be depicting Salomé and musicians at Herod's banquet. 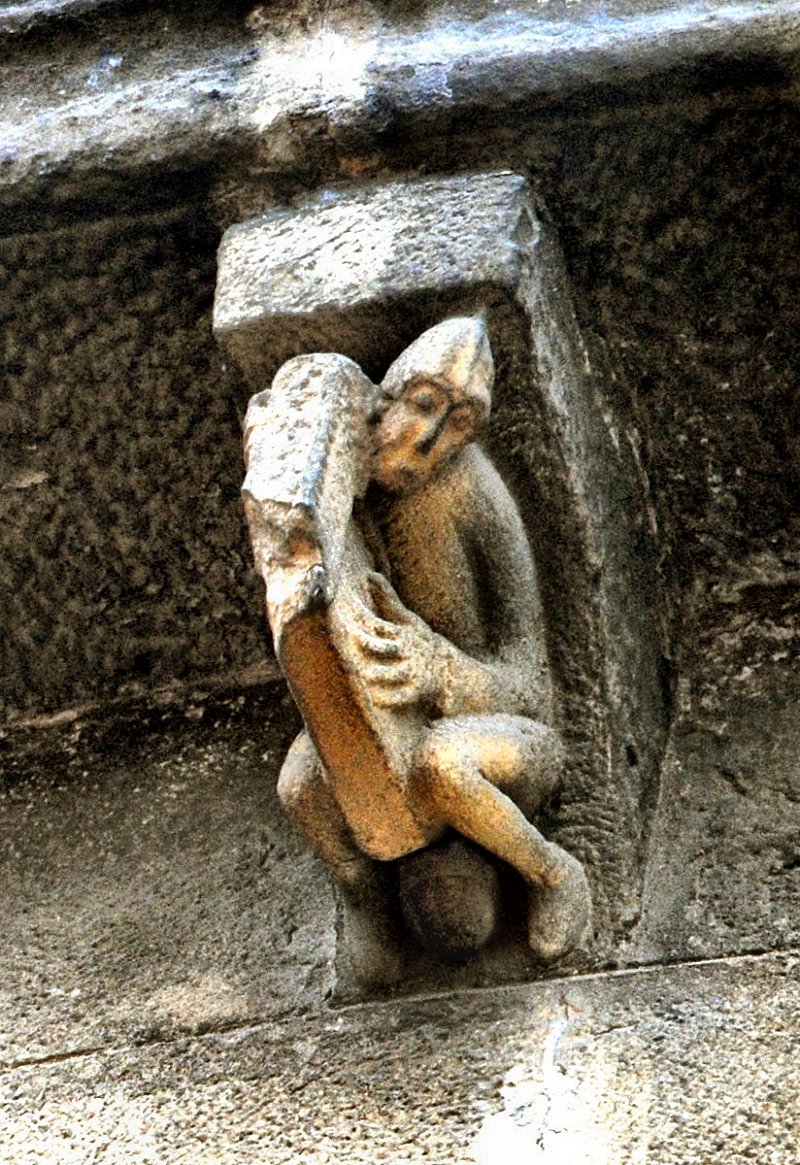