Two corbels from the destroyed abbey on houses at Saint-Antonin:
a lion's head, and a lion (drilled eyes) with a cub in its mouth.
Hell is often represented by a lion's or a monster's jaws swallowing a sinner
(such as the exhibitionist shown a the bottom of this page),
often only the head being seen.
But the corbel on the right may well represent Mother Church
as the lioness carrying and protecting her cub.

A corbel at the top end of the rue Droite. 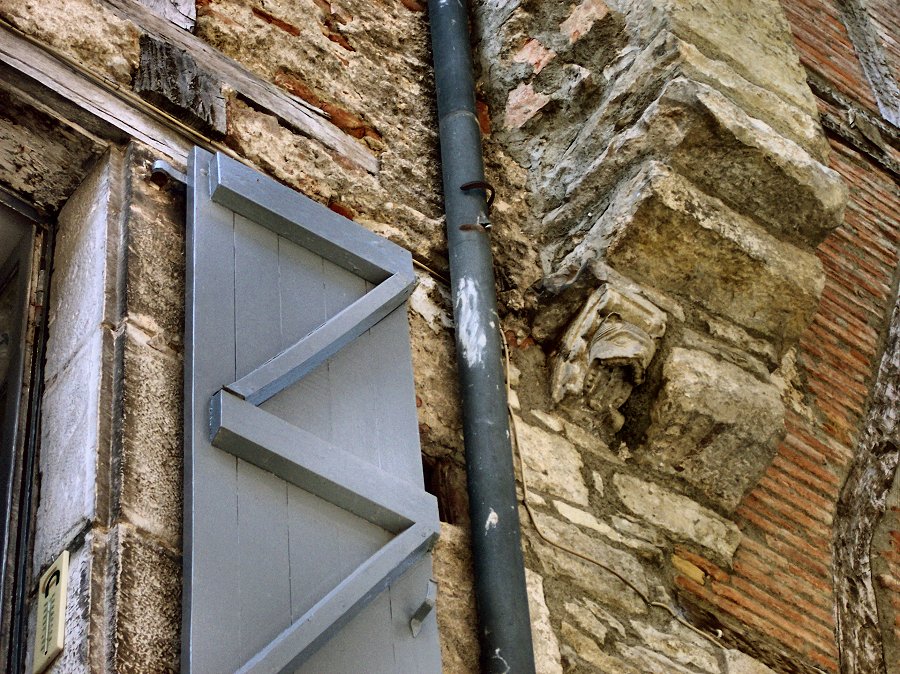 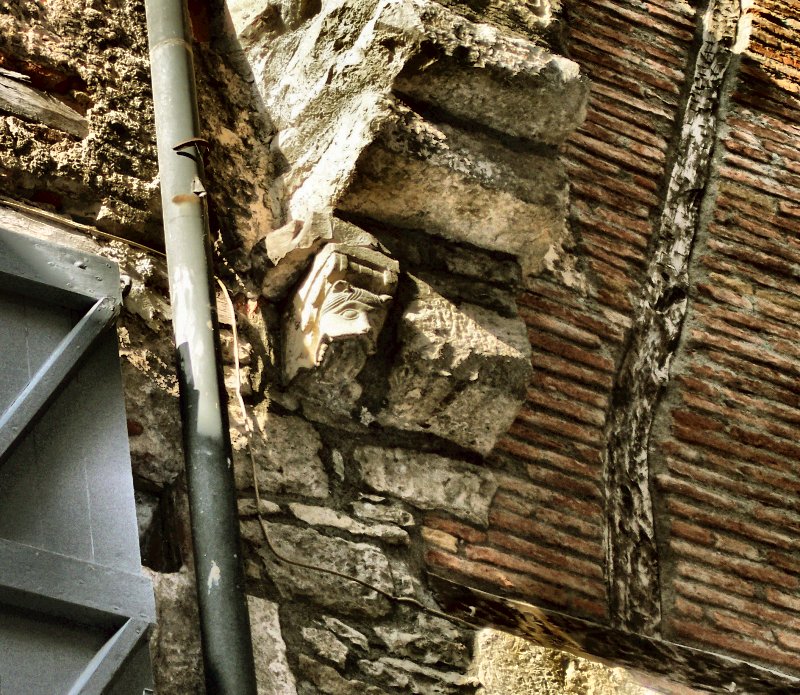 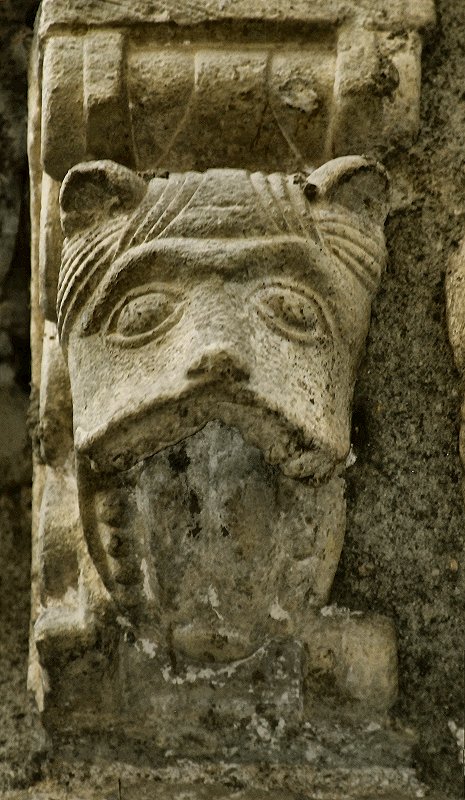 The house in the rue Droite (Carrièra Drecha) into which the above corbel is inserted. 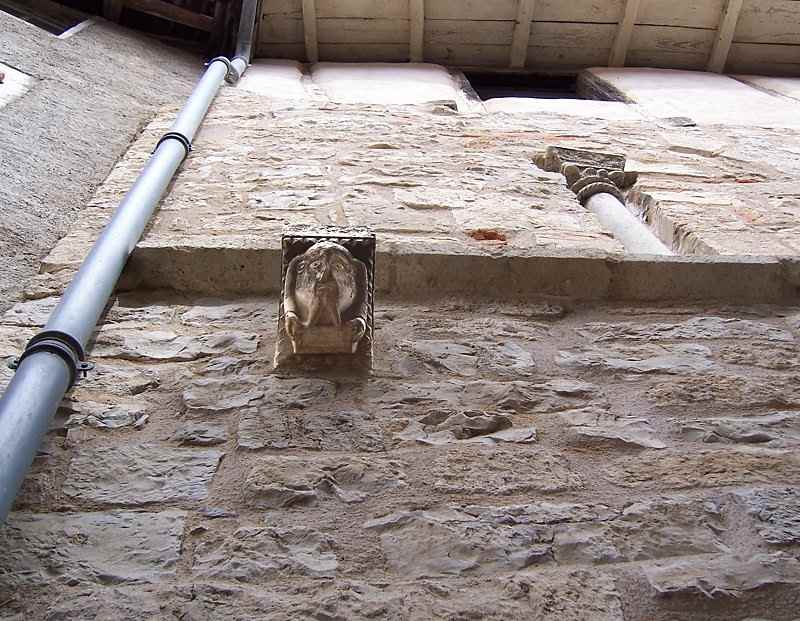 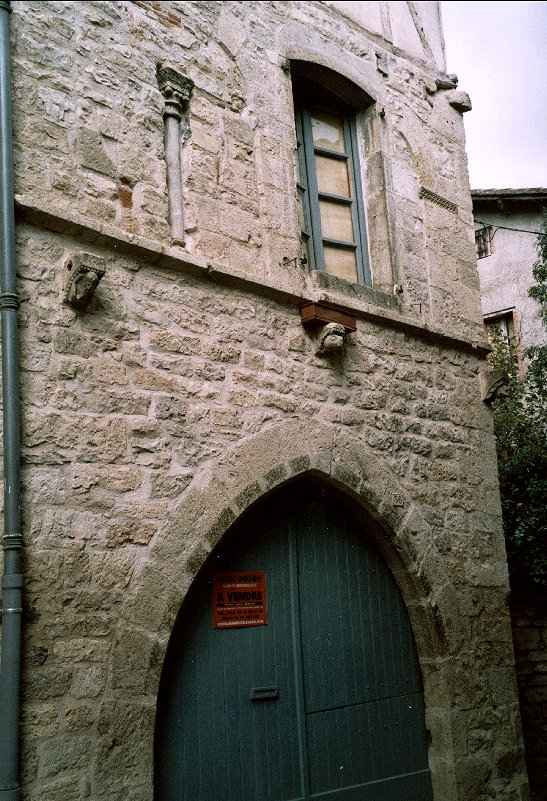 Close-up of another corbel on the house shown above supporting a window-box.
It is a more fluid (but more eroded) example of the lioness-with-cub-in-its-jaws which may represent Mother Church. 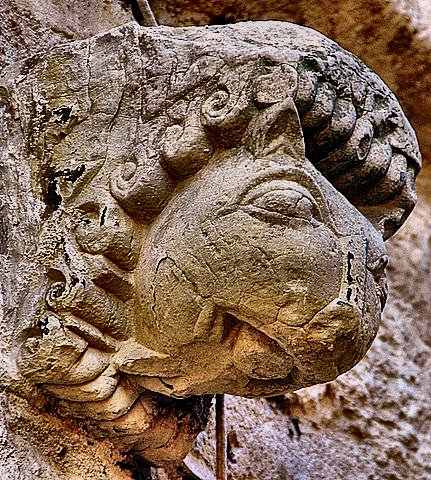 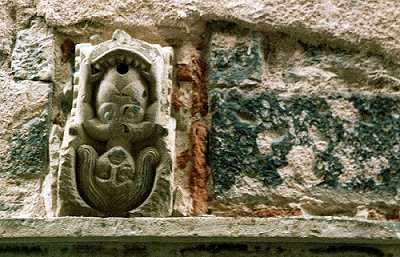 In remarkably good condition, like the other corbels from the former abbey's collegiate church,
this superb carving depicts a female being swallowed by the jaws of Hell
as represented by a fine, toothy monster.

The Jaws of Hell are yet another Christian borrowing from Classical mythology, such as Virgil's "Jaws of Tænarus",
the "High Portals of Dis" which are echoed - and challenged - by the high portals of salvation
which are the churches of stone. 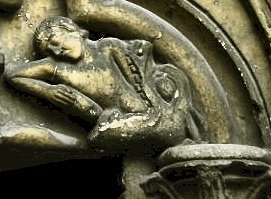 Compare with this detail of a tympanum in the Moselle.